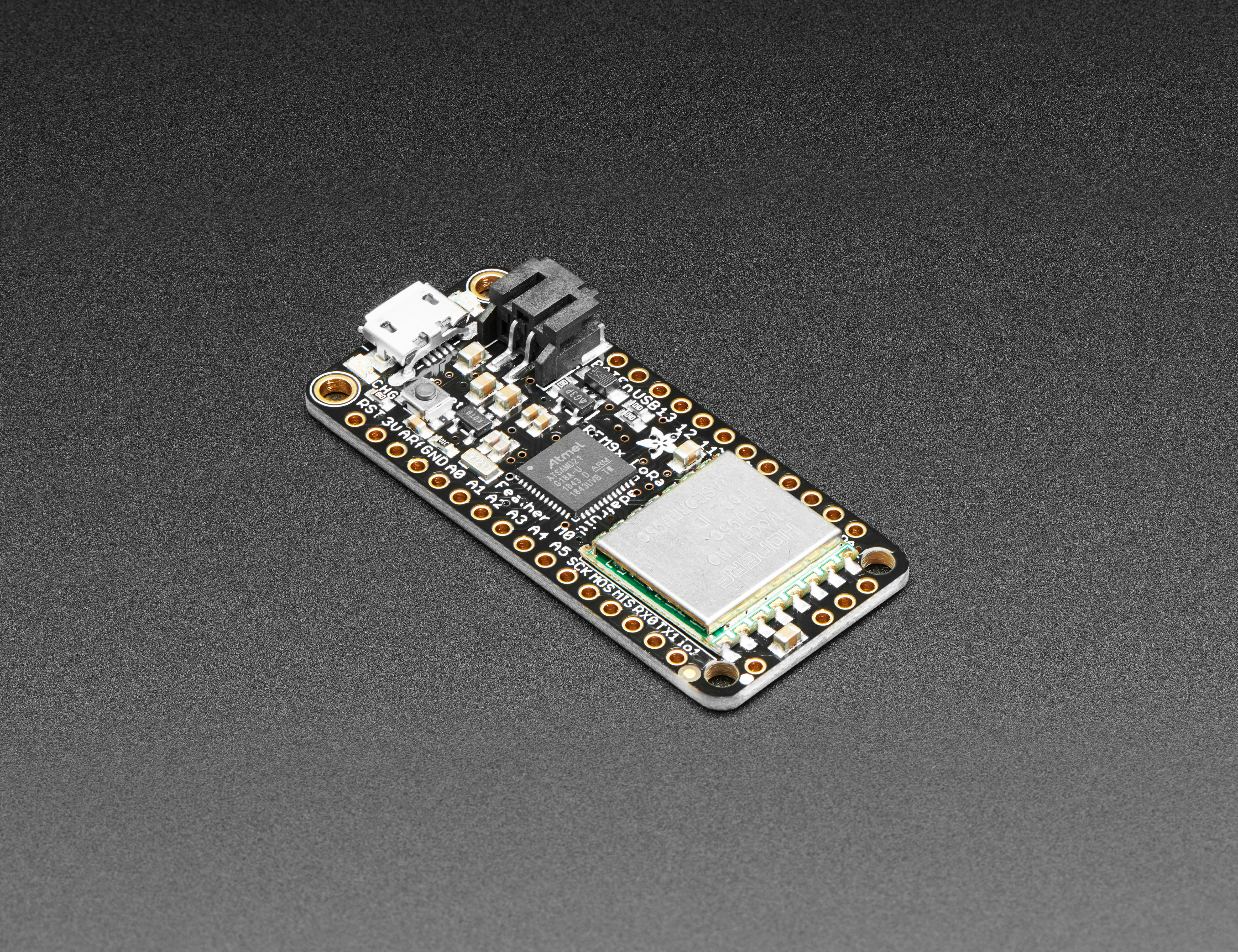 This is the Adafruit Feather M0 RFM95 LoRa Radio (900MHz). We call these RadioFruits, our take on a microcontroller with a “Long Range (LoRa)” packet radio transceiver with built in USB and battery charging. It is an Adafruit Feather M0 with a 900MHz radio module cooked in! Great for making wireless networks that are more flexible than Bluetooth LE and without the high power requirements of WiFi.

Feather is the new development board from Adafruit, and like its namesake it is thin, light, and lets you fly! We designed Feather to be a new standard for portable microcontroller cores. We have other boards in the Feather family, check’em out here. 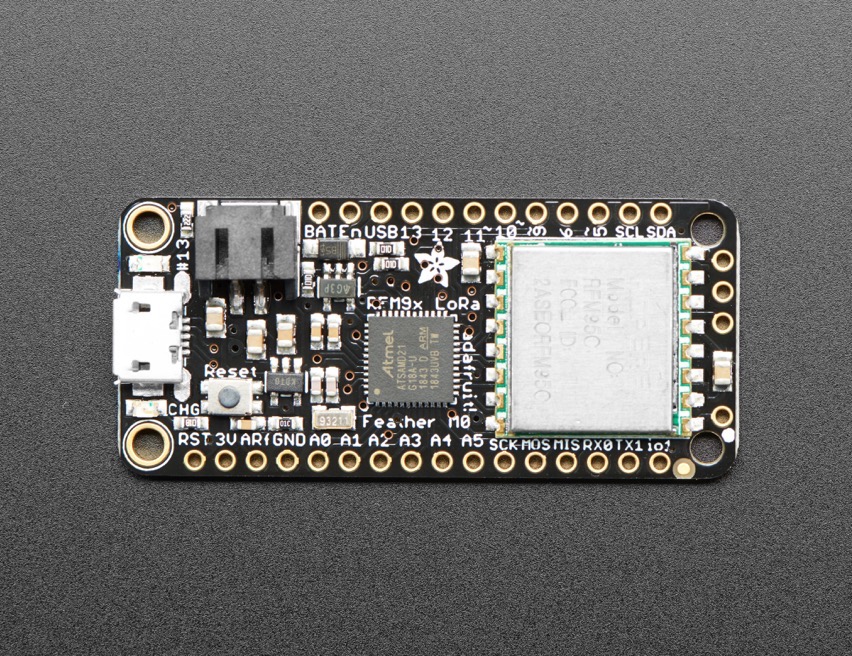 This is the 900 MHz radio version, which can be used for either 868MHz or 915MHz transmission/reception – the exact radio frequency is determined when you load the software since it can be tuned around dynamically. We also sell a 433MHz version of the same radio chipset! 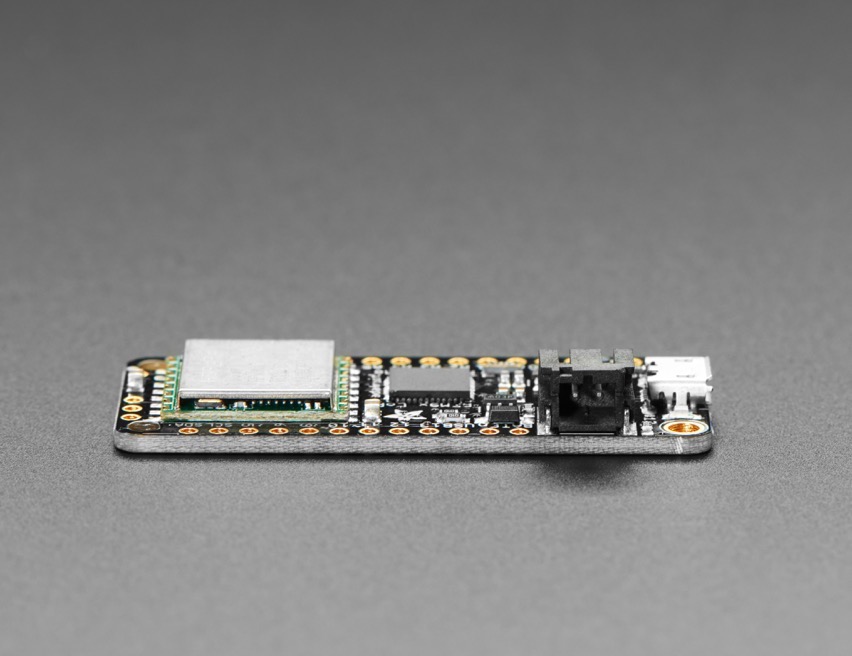 To make it easy to use for portable projects, we added a connector for any of our 3.7V Lithium polymer batteries and built in battery charging. You don’t need a battery, it will run just fine straight from the micro USB connector. But, if you do have a battery, you can take it on the go, then plug in the USB to recharge. The Feather will automatically switch over to USB power when it’s available. We also tied the battery thru a divider to an analog pin, so you can measure and monitor the battery voltage to detect when you need a recharge. 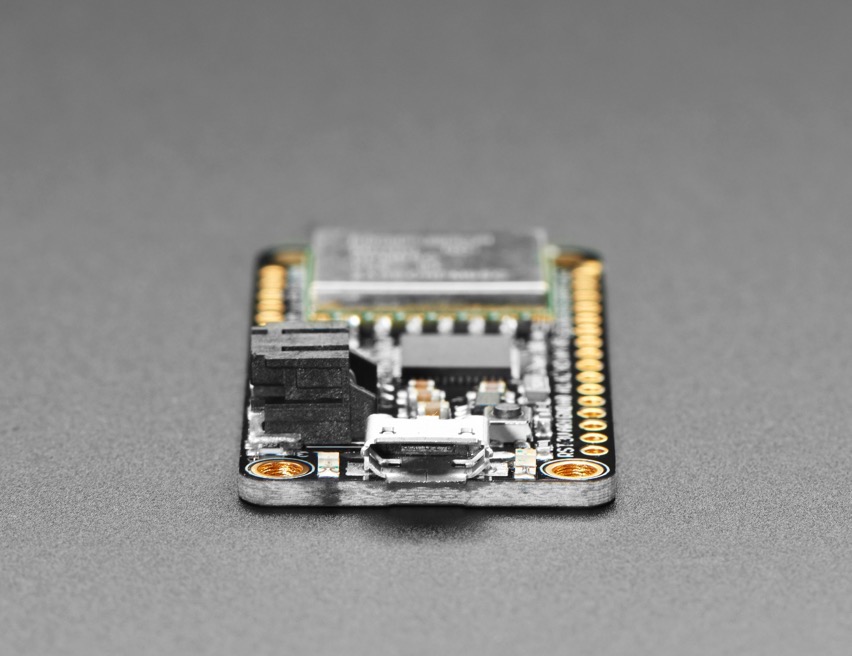 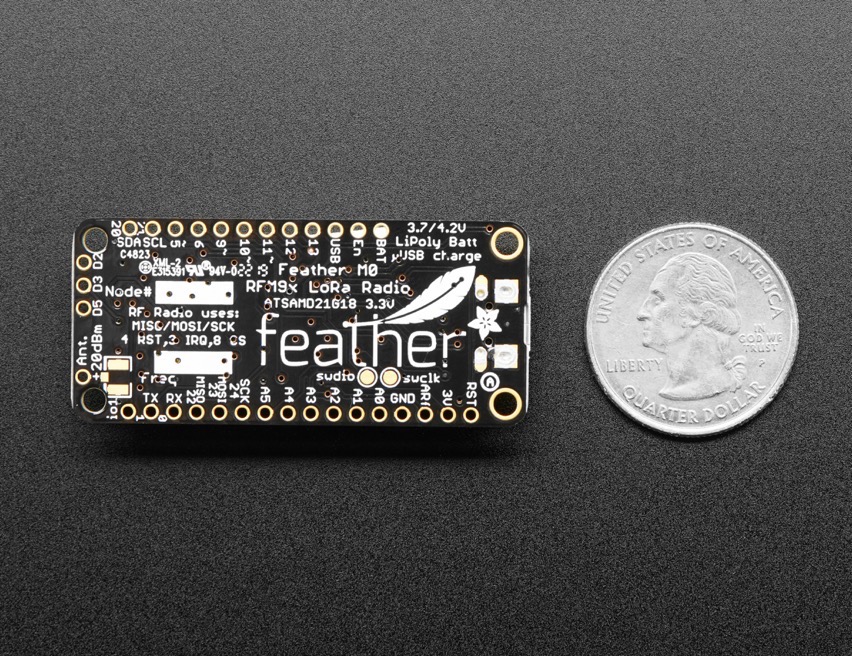 This Feather M0 LoRa Radio uses the extra space left over to add an RFM9x LoRa 868/915 MHz radio module. These radios are not good for transmitting audio or video, but they do work quite well for small data packet transmission when you need more range than 2.4 GHz (BT, BLE, WiFi, ZigBee). 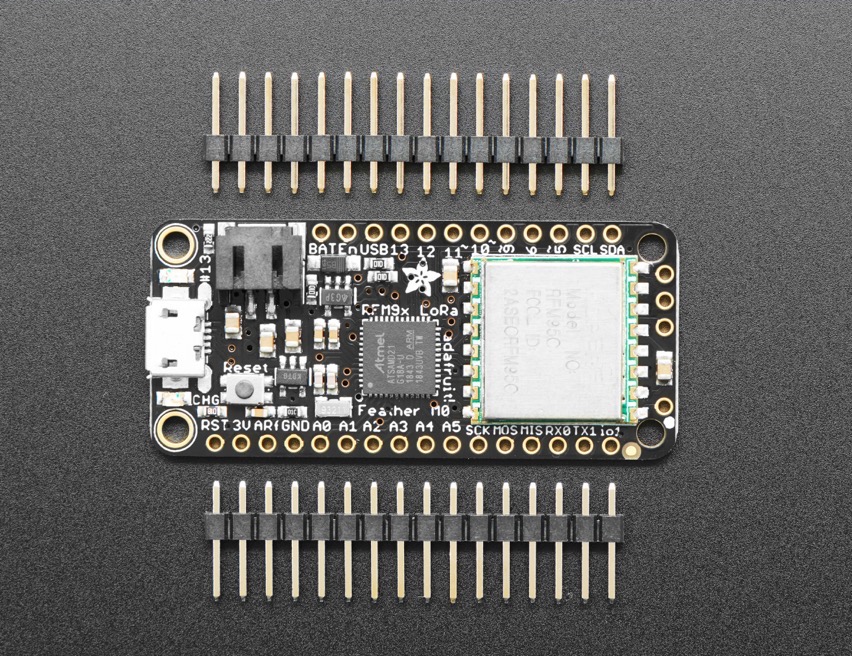 Our initial tests with default library settings: over 1.2mi/2Km line-of-sight with wire quarter-wave antennas. (With setting tweaking and directional antennas, 20Km is possible). 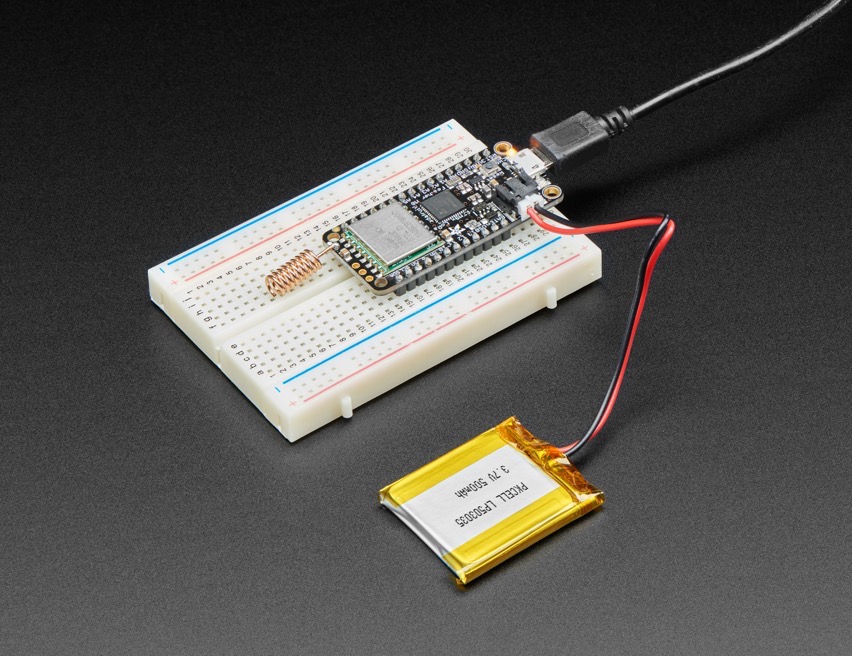 Comes fully assembled and tested, with a USB bootloader that lets you quickly use it with the Arduino IDE. We also toss in some headers so you can solder it in and plug into a solderless breadboard. You will need to cut and solder on a small piece of wire (any solid or stranded core is fine) in order to create your antenna. Lipoly battery and USB cable not included but we do have lots of options in the shop if you’d like!