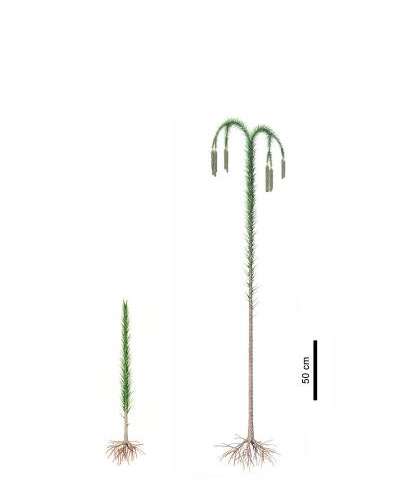 The Devonian period, which was 419 million to 359 million years ago, is best known for Tiktaalik, the lobe-finned fish that is often portrayed pulling itself onto land. However, the “age of the fishes,” as the period is called, also saw evolutionary progress in plants. Researchers reporting August 8 in the journal Current Biology describe the largest example of a Devonian forest, made up of 250,000 square meters of fossilized lycopsid trees, which was recently discovered near Xinhang in China’s Anhui province. The fossil forest, which is larger than Grand Central Station, is the earliest example of a forest in Asia.

Comments Off on Researchers Discover Oldest Fossil Forest in Asia