Happy Women’s Equality Day! To help you celebrate this year (or get a jump on next year’s planning), the National Women’s History Alliance put together some really great teaching resources. Check them out here. 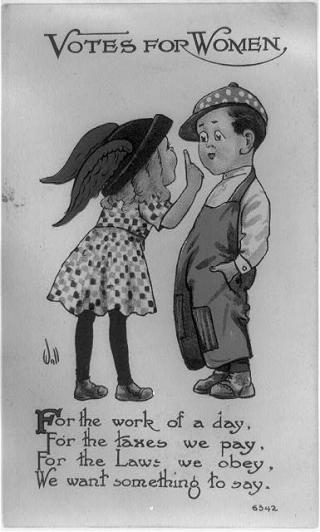 Also, here’s some history behind he holiday from National Women’s History Museum.

The Woman Suffrage Amendment was first introduced on January 10, 1878. It was resubmitted numerous times until it was finally approved by both the House and Senate in June 1919. The bill needed to be approved by two-thirds of the states, so suffragists spent the next year lobbying state legislatures to gain support for the bill. On August 24, 1920, Tennessee became 36th and final state to ratify the amendment, which passed by only one vote. That one vote belonged to Harry Burn, who heeded the words of his mother when she urged him to vote for suffrage. Secretary of State Bainbridge Colby signed the amendment into law on August 26, 1920.