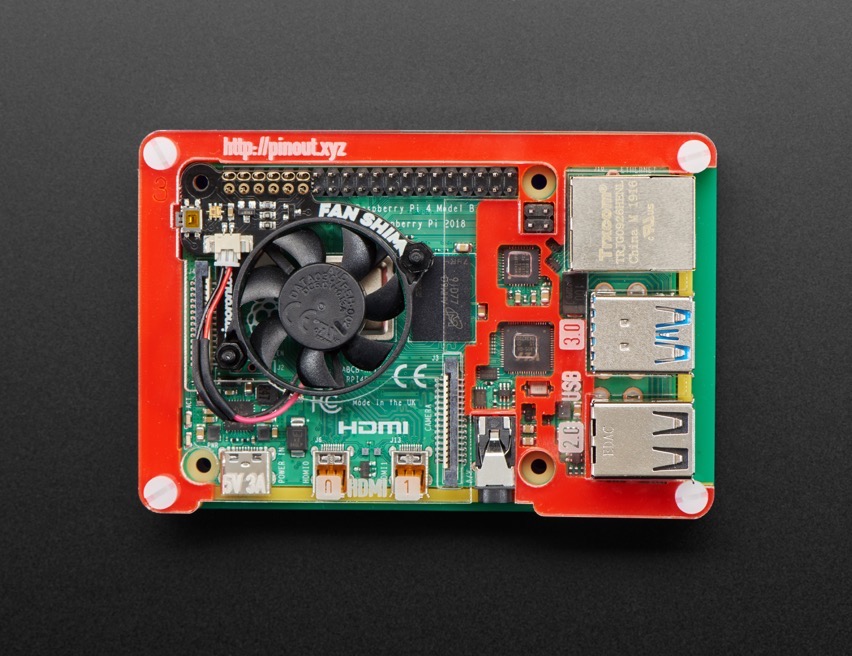 Looking for another way to keep your Raspberry Pi cool? Hook up Pimoroni’s miniature 5V Fan SHIM and prevent your hard-working Pi from overheating! It’ll keep your Pi running at top performance and it’s stealthy-silent. The software will turn on the fan only when necessary, and has an RGB LED status indicator as well.

Designed for use with the high-power Raspberry Pi 4, but will also work just fine with the 3 B+and 3 A+ 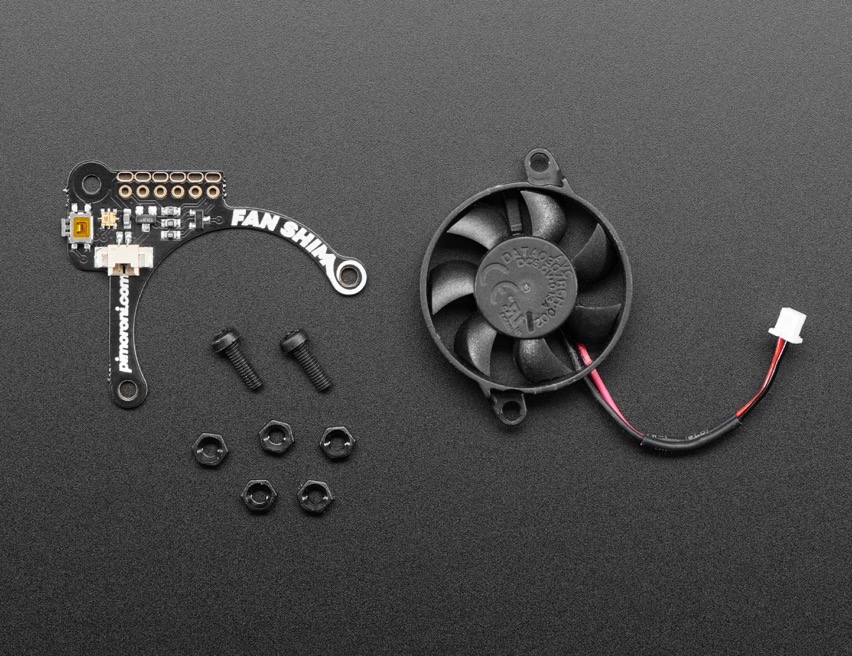 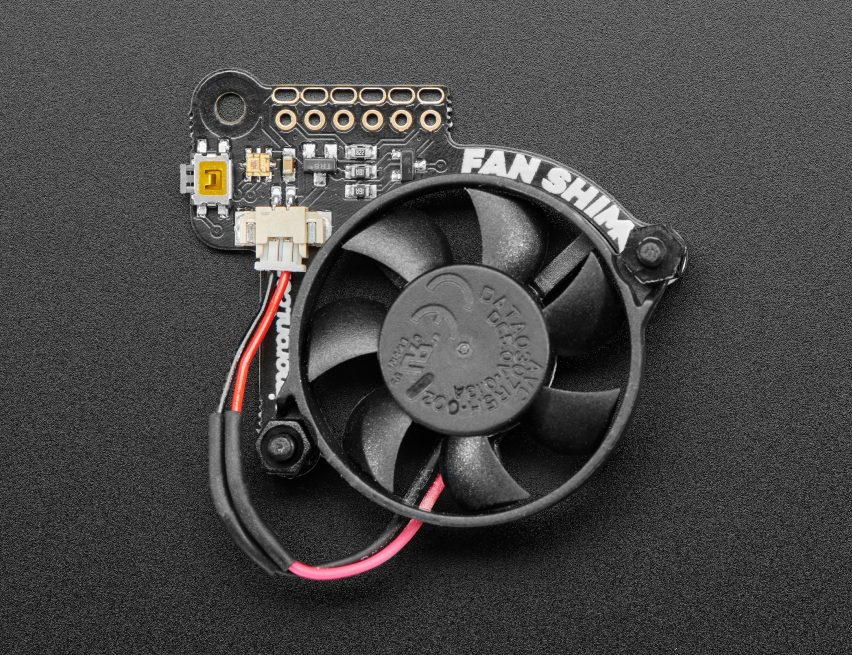 Pimoroni smartly designed the fan with a friction-fit header, so there’s no soldering required. It takes less than five minutes to mount the fan to the PCB using two screws. After that, just slip directly into your Raspberry Pi’s GPIO power pins for immediate cooling. 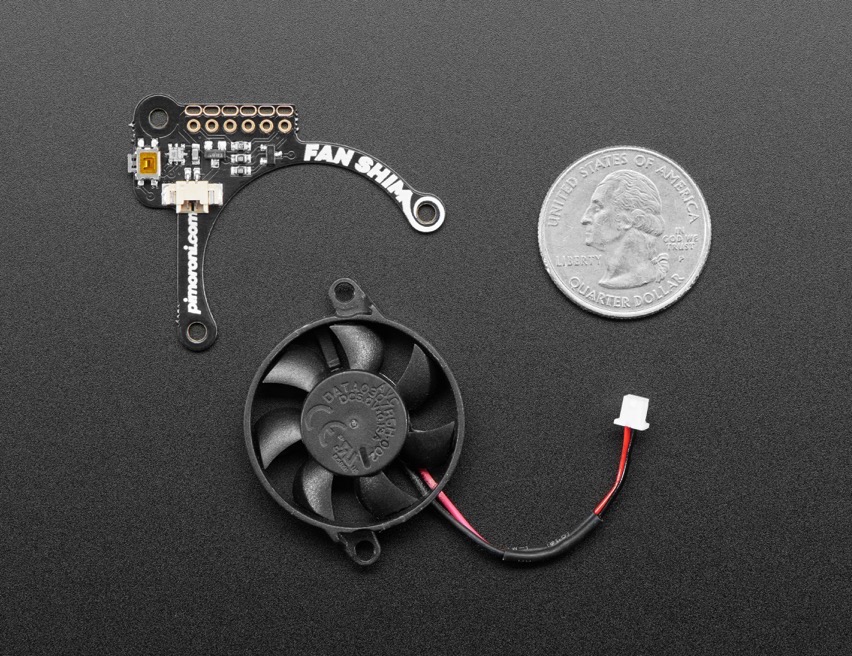 Please note: You do not need a fan for your Pi, as it will automatically adjust its speed to avoid overheating. The shim is designed  for use cases where you want to run it at top speed for a long time, say during some Machine Learning, rendering, emulation, or video playback.

If you want to use bonnets, HATs, or pHATs along with Fan SHIM, you’ll want to pick up some extra tall headers. This GPIO Stacking Header will work great. 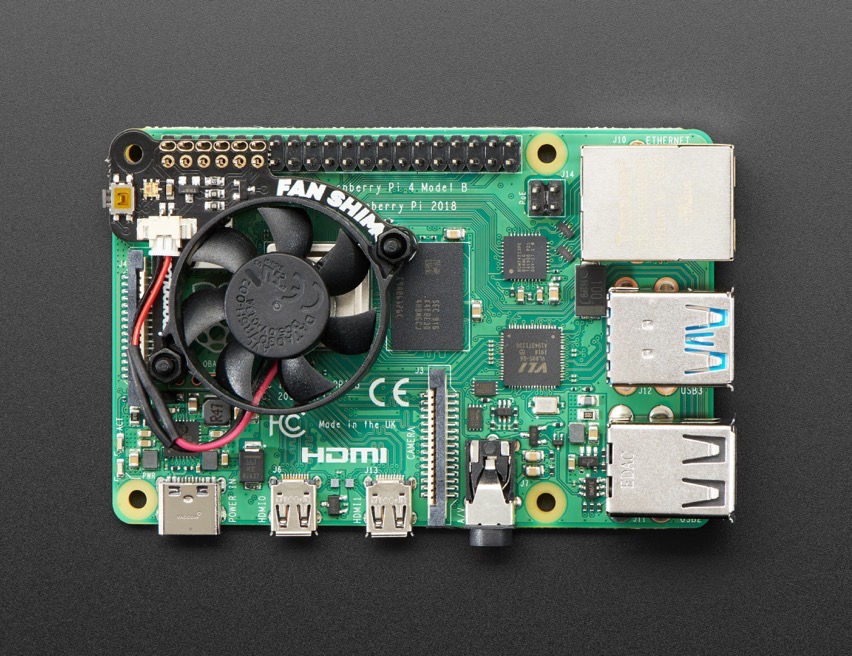 The Fan SHIM uses GPIO pin #18 to control the fan, and this pin is also used by I2S audio devices, you won’t be able to use I2S DACs like pHAT DAC, pHAT BEAT or other I2C at the same time as Fan SHIM.