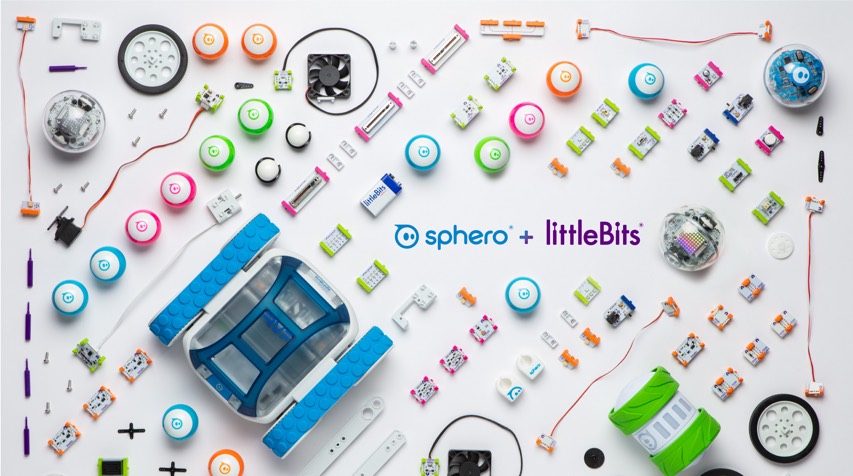 Sphero acquires littleBits. It’s been a busy week, and we’re just getting to post about this now… Most of this is to collect some links and past coverage in one spot…

Sphero  and littleBits have long been kindred spirits in the world of entertaining STEM toys, and soon they’ll be one and the same. Sphero this morning announced plans to buy the New York-based electronic building block company.

Founded in 2010 and 2011 respectively, Sphero (nee Orbotix) and littleBits took separate approaches, but ultimately ended up in similar spaces. Sphero first brought to life a smartphone-controlled 3D-printed ball that debuted at CES in 2011. That same year, Ayah Bdeir’s electronics kit side project became a serious business under the littleBits banner.

Both companies were alumni of Disney’s accelerator. Sphero leveraged that connection in the breakout Star Wars: The Force Awakens toy, a remote control BB-8. Ultimately, however, it flew too close to the sun with its licensed products, creating R2-D2, Lightning McQueen and talking Spider-Man toys. Early last year, the Colorado-based company ended the Disney deal, laid off dozens and announced that it was moving full time into educational toys. 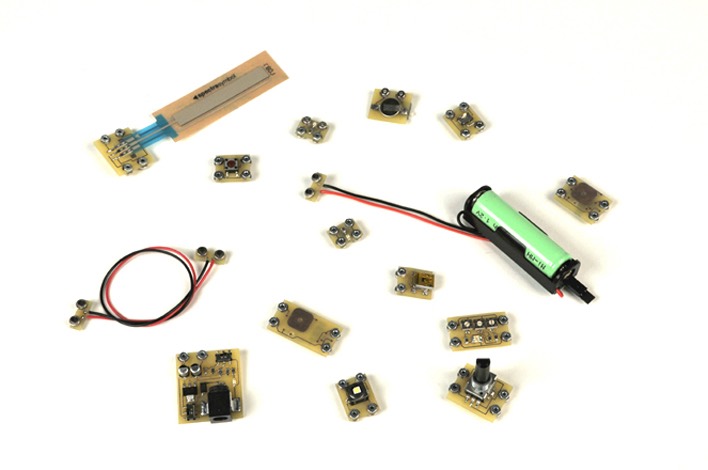 Our first post about littleBits was June 20th, 2008. You can see some of the prototypes there. 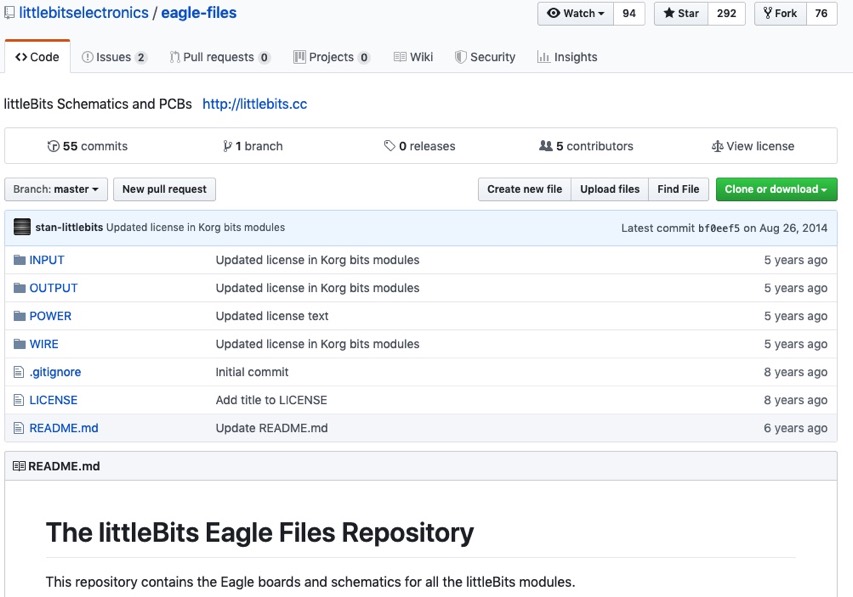 At this time some of the littleBits are on GitHub under a CERN Open Hardware License Version 1.2, they’re from the bits made about 5 to 8 years ago.

In August of last year (2018) littleBits acquired DIY.org and JAM. The reported funding for DIY was $9m.

littleBits, according to Crunchbase, had a total of $70.1M in funding.

Sphero, also according to Crunchbase has a total of $120.3M in funding, this includes the recent Kickstarter of $1M. The details of the littleBits acquisition are not public, so no word on how much, etc. littleBits sold for. 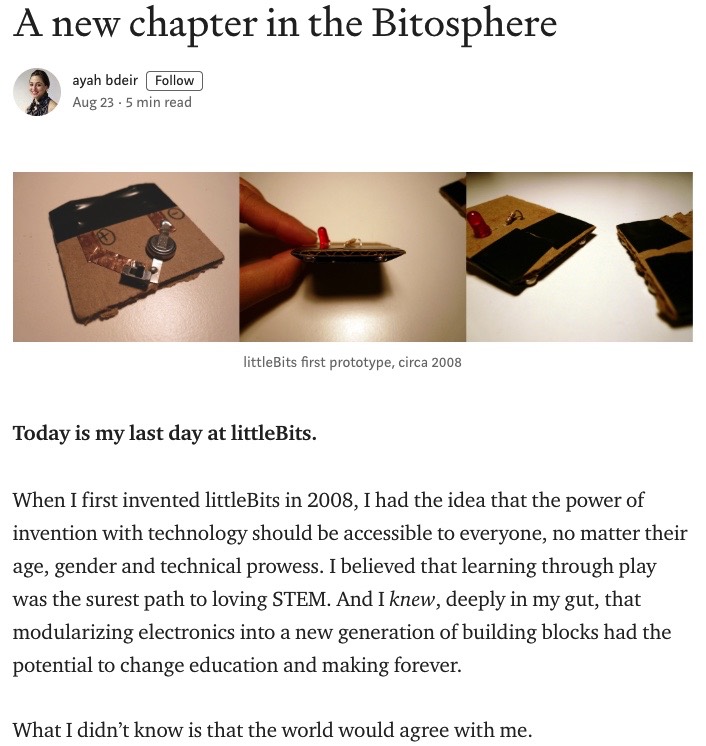 Ayah posted on Medium and has left littleBits.