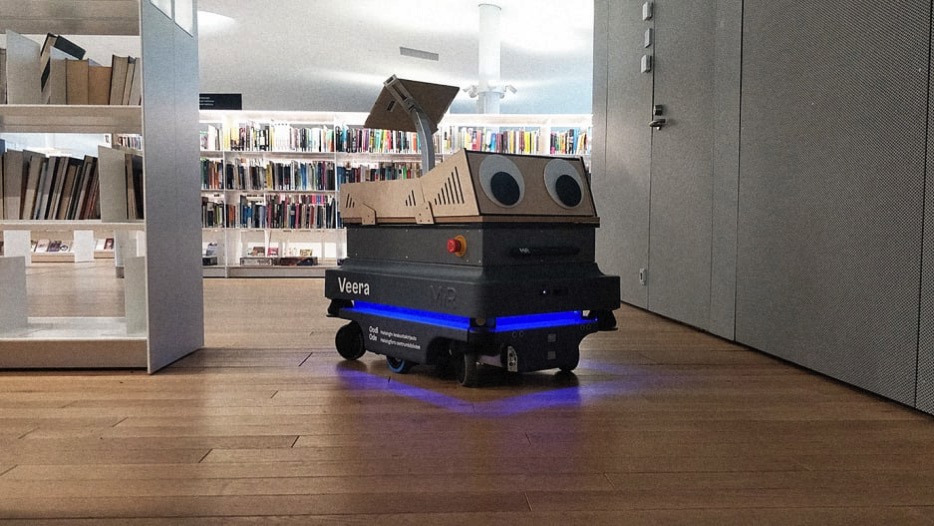 The robots are here. They’re scanning shelves at your local supermarket, delivering food, and even assisting nurses in the hospital. As the robots begin to infiltrate human spaces, questions remain for designers and engineers tasked with convincing people to view them as approachable and friendly, rather than ignoring or avoiding them?

Addressing the complexity of human-robot interaction was the goal of the designers behind a new robot at the central Oodi library in Helsinki, Finland. The library brought in the digital consultancy Futurice to help it to transform some of its existing robots—which help move books between floors—into ‘bots that could help librarians with other tasks. After interviewing several librarians, the Futurice team decided to reprogram the robots to perform a task that the humans universally hated: Showing customers where the fiction section is, or pointing them toward the bathrooms. It’s a simple task, but time-consuming. Perfect to hand off to a robot.

But there was a problem.

“As we were testing [the robot], people weren’t relating to it as a social object. Some children were jumping on top of it, impeding it doing its job,” says Minja Axelsson, a roboticist at Futurice who designed, coded, and tested the robot. People weren’t necessarily put off by the robot, but they certainly didn’t connect with it. The bot’s form—basically, a box on wheels—was simply too abstract for people to make sense of what it was and how they were supposed to interact with it…. To help people see the robot as a friendly helper, Futurice came up with a simple interface: Googly eyes.