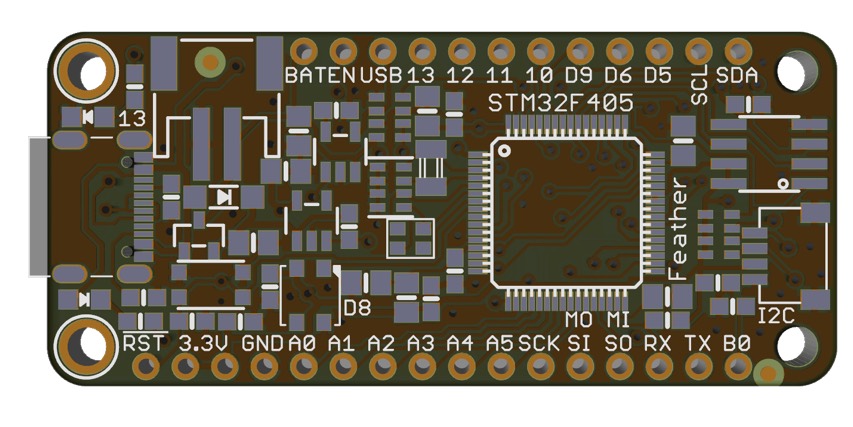 Thanks to the folks who have chimed in with suggestions on the STM32F405 Feather (previous post here, and all the comments). We’ve verified that CAN is available, added an SWD connector on the bottom, and fixed up the remaining todo’s! Check out our Rev A schematics and PCB rendering – we’re going to send this board out for prototype very soon! The updated PDF schematic is here.