Coming soon! Sign up to be notified when we have these in the store!

The idea behind the BrainCraft board (stand-alone, and Pi “hat”) is that you’d be able to “craft brains” for Machine Learning on the EDGE, with Microcontrollers & Microcomputers. On ASK AN ENGINEER, our founder & engineer chatted with Pete Warden, the technical lead of the mobile, embedded TensorFlow Group on Google’s Brain team about what would be ideal for a board like this.

And here’s a first look! We’ve started to design a BrainCraft HAT for Raspberry Pi and other Linux computers. It has a 240×240 TFT display for inference output, slot for camera connector cable for imaging projects, a 5 way joystick and button for UI input, left and right microphones, stereo headphone, stereo speaker out, three RGB DotStar LEDs, two 3 pin STEMMA connectors on PWM pins so they can drive NeoPixels or servos, and Grove/STEMMA/Qwiic I2C port. This should let people build a wide range of audio/video AI projects while also allowing easy plug-in of sensors and robotics!

Most importantly, there’s an On/Off switch that will disable the audio codec, so that when it’s off there’s no way it’s listening to you! 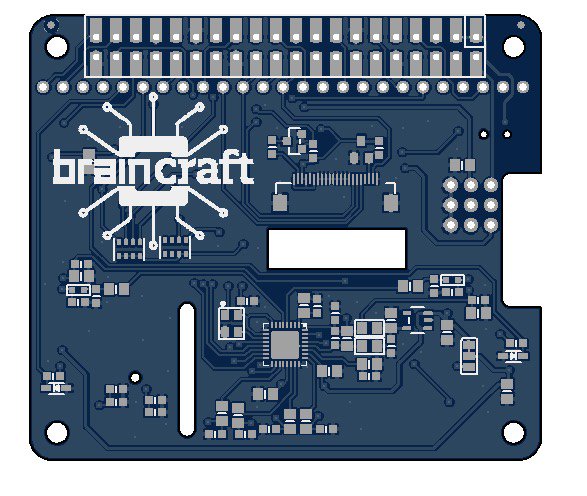 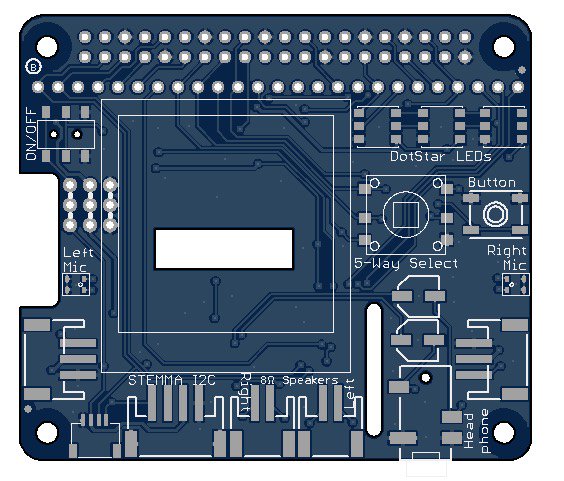