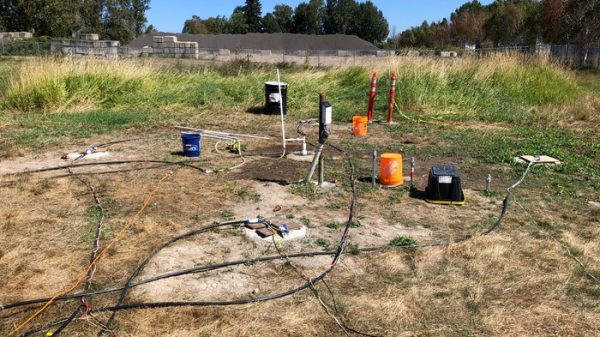 This is a great idea considering no one I know enjoys earthquakes, mudslides, or sinkholes.

When a powerful earthquake struck Sulawesi, Indonesia last year, something terrifying happened near the coastal city of Palu: an entire chunk of the ground turned to liquid, swallowing roads, cars, and hundreds to thousands of homes.

This phenomenon, known as liquefaction, occurs when wet, loosely-packed soil loses its structural integrity due to a sudden shock like an earthquake. Engineers typically rely on brute-force methods to mitigate its effects—fortifying structures with stone columns and grout; banging the ground with heavy weights. But now, a Portland State University-led team of scientists wants to re-engineer soils at the molecular level to prevent them from ever liquefying in the first place.