How Does the New Interstellar Object Differ From ‘Oumuamua? 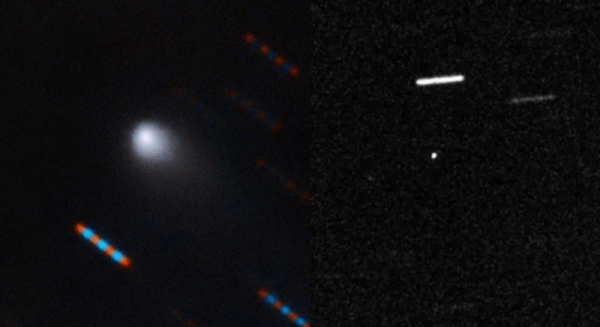 Scientists have been eager to learn more about Comet C/2019 Q4 (Borisov) since amateur astronomer Gennady Borisov first spotted it on August 30. Follow-up observations determined found that its orbit suggests it originated from outside the solar system. A comparison to the first interstellar object, ‘Oumuamua, could provide an interesting perspective on what these objects are like generally.

Comments Off on How Does the New Interstellar Object Differ From ‘Oumuamua?