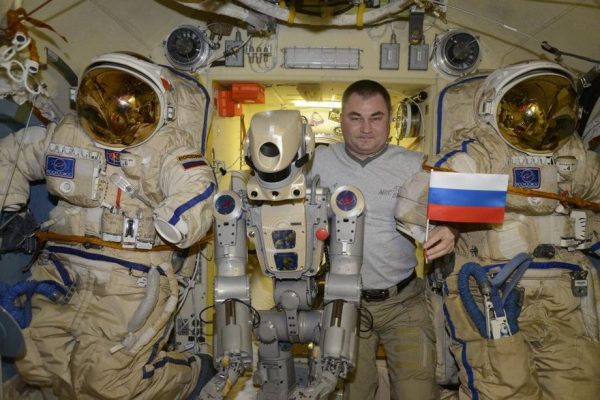 After a short stay aboard the International Space Station, Russia’s humanoid robot, Skybot F850, is on its way home, stuffed inside a Soyuz spacecraft with no crew. Skybot, originally known as FEDOR, was put through a litany of tests by the Russian cosmonaut crew during its two-week stay on the station, to see if it could help free up time for the people aboard the orbiting lab.

Skybot’s trip to the space station was also a kind of test. The robot launched alone in a passenger version of the Soyuz spacecraft atop a new kind of rocket. Soon, Russia will use this rocket to launch human crews to space, and it wanted to make sure the capsule and booster worked well together first, without people on board.