When the Pianos Went to War #MusicMonday 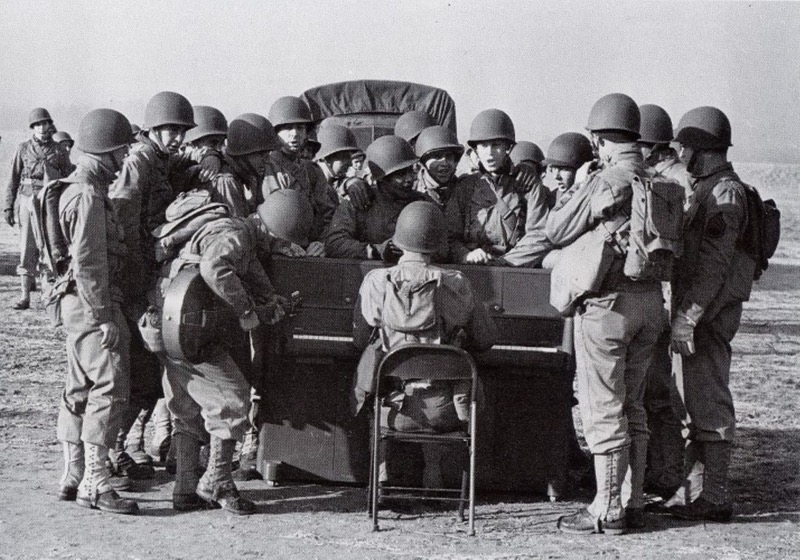 Read about when pianos went ‘Over There‘ (okay, we know that’s actually a WWI song) from Atlas Obscura.

Banging out a melody on the ivories doesn’t seem like it has anything to do with winning a war, but that doesn’t mean that pianos haven’t had a place in the American military. New York–based Steinway & Sons even had a model of upright piano—known as Victory Verticals or G.I. Steinways—that were built specifically for troops in World War II.

During the war, the U.S. government essentially shut down the production of musical instruments in order to divert vital resources such as iron, copper, brass, and other materials to the war effort. Yet the government also determined that the war effort ought to include entertainment that could lift soldiers’ spirits. But just any old piano wouldn’t do. They needed ones hardy enough to withstand the trying conditions out in the field—including being packed into a crate and dropped out of a plane. “That music was deemed to be such a powerful morale boost that pianos were actually built to be parachuted around the world is incredible,” says Jonathan Piper, manager of artifacts and exhibitions at the Museum of Making Music in Carlsbad, California, which has a Victory Vertical in its collection. Steinway & Sons—the president of which had four sons in the military at the time—had shifted its efforts to constructing tails, wings, and other parts for troop transport gliders before the commission for the rough-and-ready pianos came through.

Comments Off on When the Pianos Went to War #MusicMonday