Amazon is experimenting with putting Alexa everywhere, and its latest experiment might be the wildest yet: a new smart ring called the Echo Loop that puts Alexa on your finger. Via the Verge:

The Echo Loop is essentially an entire Echo in miniature: inside the titanium frame are two microphones and what Amazon says is “the smallest speaker ever on an Echo device.” It pairs with your phone for a data connection, and activates with a small button (instead of the usual wake word). There’s also haptic feedback, which is used to signal that the button has been pressed, as well as to alert you to notifications or incoming calls on your phone (similar to other existing smart rings). 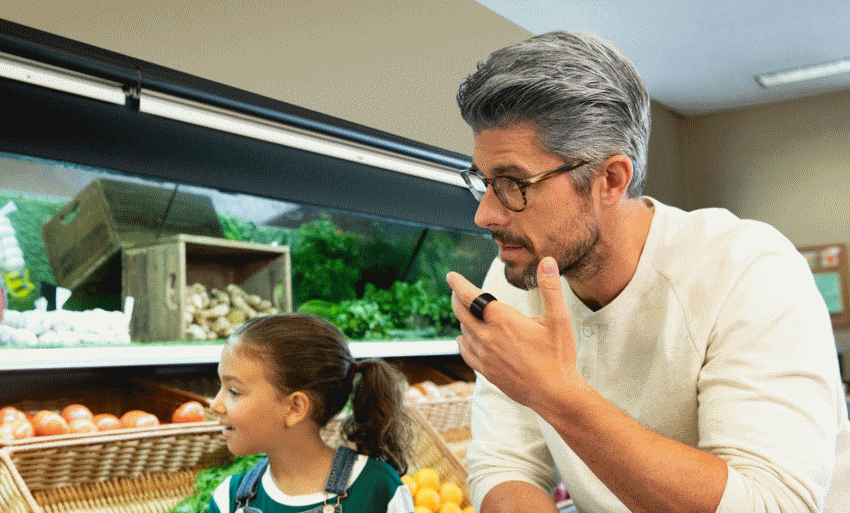 Echo Loop has a two-microphone, the smallest speaker ever on an Echo device, and a haptic engine that vibrates discreetly when you receive notifications or an incoming call, or to signal that the button has been pressed and Alexa is streaming your request to the cloud. It’s a ton of technology packed into this small form factor.

Paired with your phone, this ring lets you access information throughout the day. It’s super easy to connect with Alexa without breaking stride or digging out your phone, for those simple things like turning on the lights or calculating the tip on your lunch bill. Simply press a button talk softly to Alexa and then the answer comes discretely through a small speaker built into the ring.

The Echo Loop joins the newly announced Echo Frames as what Amazon calls “Day One Edition” products: early devices that aren’t quite ready for a wide release that it still wants to put into customers’ hands to test out.

The Echo Loop will be available in limited quantities through an invite-only process at a special early price of $129.