On GitHub is Martain’s example which blinks an LED.

If you’re unfamiliar with Ada, it was developed in 1983 with US Department of Defense backing. A main goal is to find errors at compile time rather at runtime. – Wikipedia 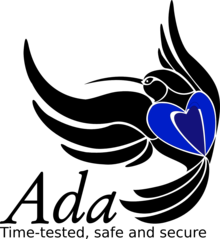 Chalk yet another language that works on Adafruit hardware. Choice is good!