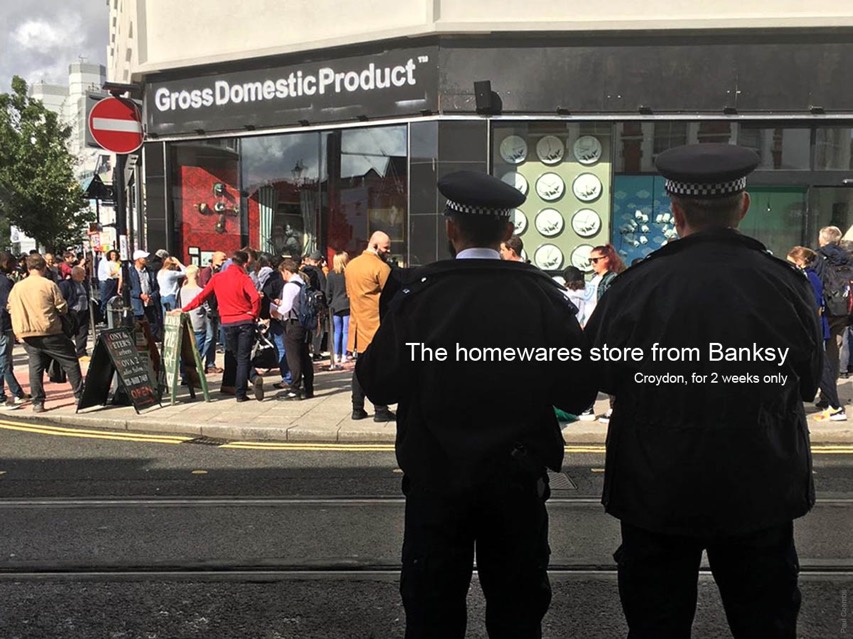 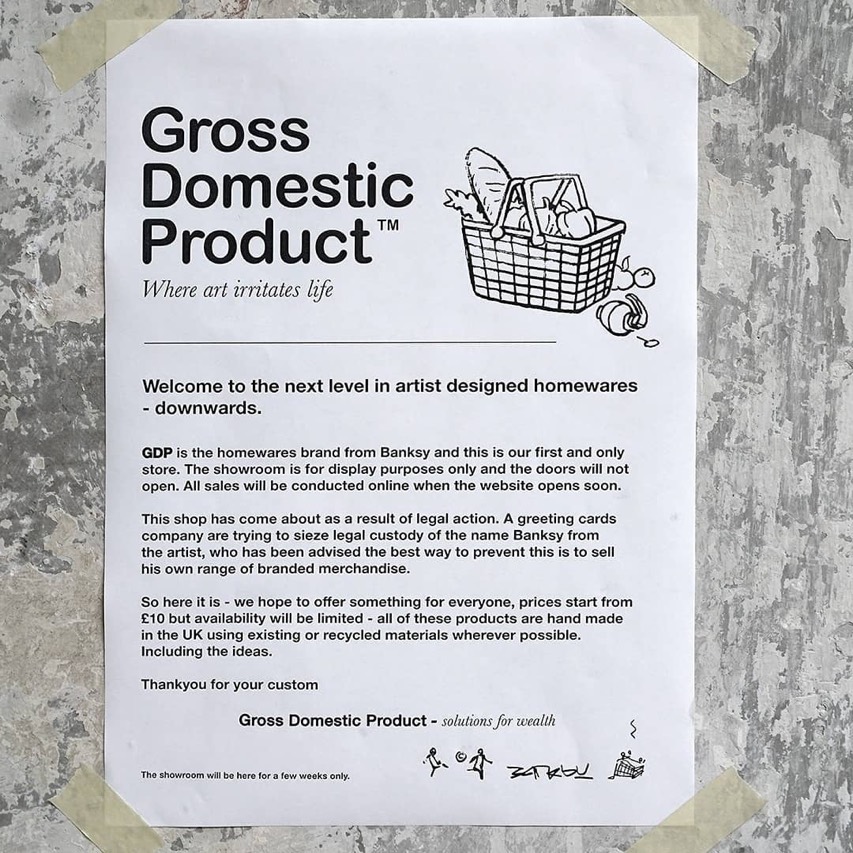 This is a follow up to our first post about the upcoming Banksy store… Banksy opens homeware store after card company legal dispute – ITV News.

Graffiti artist Banksy says he has been forced to open his own homeware store following a legal dispute involving a greeting cards company.

He said: “A greetings cards company is contesting the trademark I hold to my art, and attempting to take custody of my name so they can sell their fake Banksy merchandise legally.
“I think they’re banking on the idea I won’t show up in court to defend myself.”

He said: “Banksy is in a difficult position because he doesn’t produce his own range of shoddy merchandise and the law is quite clear – if the trademark holder is not using the mark, then it can be transferred to someone who will.”

As a solution to the issue, Mr Stephens proposed that Bansky began his own range of merchandise and opened a shop.

Mr Stephens said the card company, who he refused to name, initiated the legal proceedings about 12 months ago.

Searching the European Union Intellectual Property Office at https://www.tmdn.org for BANKSY yields the following (PDF). I could not immediately see a greeting card company that has a registration, but I’ll look more closely later. Banksy does seem to be doing a good job registering the name in most/all territories and has this comment from the article too:

He added: “I still encourage anyone to copy, borrow, steal and amend my art for amusement, academic research or activism. I just don’t want them to get sole custody of my name.”