China grew plants on the Moon? 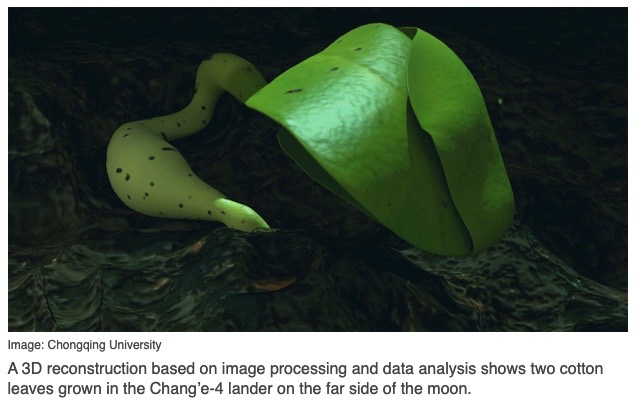 The team behind a pioneering biological experiment sent to the lunar far side has released an image showing two green leaves grown on the moon.

The experiment began shortly after China’s Chang’e-4 spacecraft made the first ever landing on the far side of the moon, on 3 January this year.

Cotton, arabidopsis and potato seeds, and fruit-fly eggs and yeast were all aboard the 2.6-kilogram mini biosphere, but only the cotton produced positive results.

The image the team released is a 3D reconstruction based on image processing and data analysis. That reconstruction has now shown that two cotton leaves had grown—rather than just one as initially thought—in what was the first biological growth experiment on the moon.

Plants have been grown in low Earth orbit on the International Space Station, but this experiment marked the first time a seed had sprouted on the moon.

The “photo” is a 3D rending based on the sensor data, that said, there isn’t a little camera that could transit the image of the plants on the moon? And PLANTS GREW ON THE MOON, why isn’t this a bigger story? 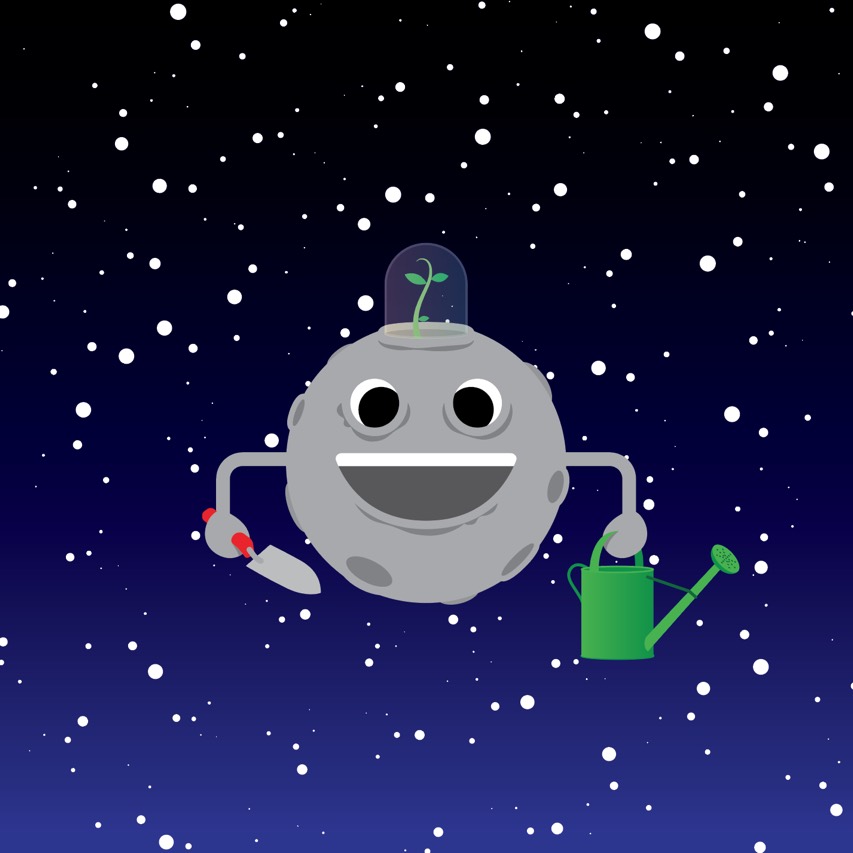 Filed under: space — by phillip torrone

Comments Off on China grew plants on the Moon?