Made in USA: Bringing manufacturing jobs back to the U.S. @mfgday #MFGDay19 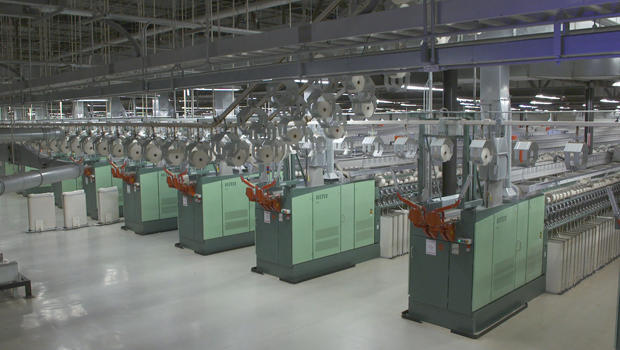 Like a few other clothing companies trying to manufacture in the U.S., American Giant faced a big challenge: all those closed factories have left a threadbare infrastructure for actually making apparel, like the company’s flannel shirt.

“So, this was an art that had almost died in America?” asked correspondent John Blackstone.

“Well, it had effectively died,” Winthrop said. “We actually had to bring one of the great yarn dyers effectively out of retirement to come back and help deliver this program.”

Blackstone asked Winthrop, “You have to pay these people a good deal more than you would if they were sewing in China or Vietnam.”

“Yeah. I would just argue that’s a good thing, right?” he replied.

Comments Off on Made in USA: Bringing manufacturing jobs back to the U.S. @mfgday #MFGDay19