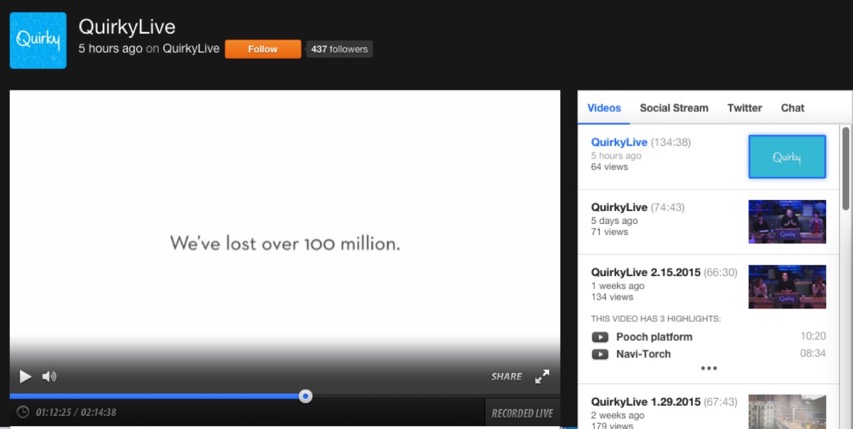 News came out in August, just getting to post about this now… BuzzFeed CMO Ben Kaufman Exiting to Focus on His Toy Store – Adweek.

After less than a year as BuzzFeed’s CMO, Ben Kaufman is stepping away from the role to turn his attention more toward growing his experiential toy store for kids, called Camp, throughout the U.S. Kaufman is working on a transition plan and will move into an advisory role for the company in January 2020, BuzzFeed CEO Jonah Peretti told staffers in a memo. Staffers reporting directly to Kaufman, including Nilla Ali, vp of strategic partnerships; Jake Bronstein, head of partner innovation; and Eric Karp, global head of licensing, are staying on board.

Read more. According to Crunchbase CAMP has $10.5M in funding so far from Lerer Hippeau, Imaginary Ventures, and RRE Ventures.

Ben was CEO of Quirky, and while it was not the upcoming WeWork level meltdown, Quirky’s bankruptcy in 2015 left many (hundreds) of folks in NYC without jobs. Quirky raised $185.3M in funding, including $79M in funding from GE. Beat Booster, a wireless speaker that may have cost Quirky $388,000 to develop, but only sold about 30 units.

During that time which seems like a long time ago, but it was only 4 years ago, a few things intersected our world being another hardware company in NYC. Quirky had TONS of events in NYC for “inventors” but to attend you had to sign a weird terms of service to go, so we couldn’t go since we could not sign it. Towards the end of a product cycle, Quirky wanted us to do free consulting for them since it would be “high profile for us”, we politely declined, we do not do consulting, then Quirky said Limor should “bicycle” over to do it any way. Later, during a photoshoot for NYC companies, Limor / Adafruit was left out, at the event, after we were told Limor should be “more like Ben” and she should pivot to crowdfunding and crowdsourcing. A reporter later called it, Quirky was catnip for the press. There were (and still are) a lot of stories about NYC companies that were not told at the time partly due to the Quirky distraction.

We’re going to check out CAMP soon, there is one in NYC and 3 more coming soon in Brooklyn, Dallas, TX, and Coming Soon, and South Norwalk, CT.