In the early 2000’s a device that could turn off (or on) practically any TV came out, it was almost magical. It was a key-chain fob, always-with-you device. What a neat idea, get all the TV codes and just blast them out. A few years later Limor and I met its inventor, Mitch Altman and it changed our paths forever. 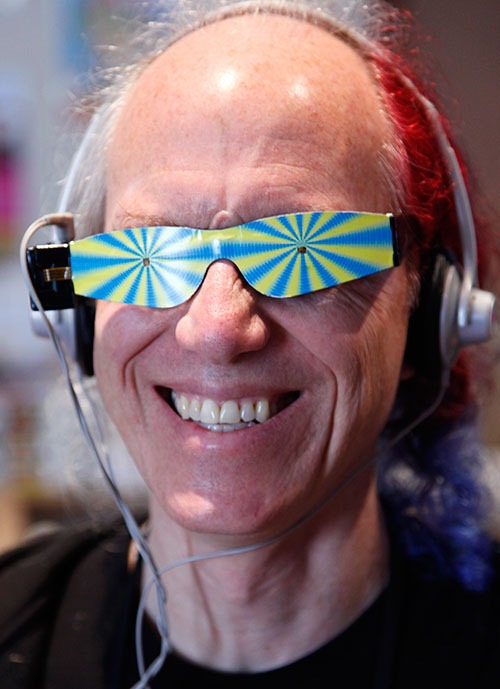 First up! Who is Mitch? From Wikipedia –

“Mitch Altman is a San Francisco-based hacker and inventor, best known for inventing TV-B-Gone, as featured speaker at hacker conferences, as international expert on the hackerspace movement, and for teaching introductory electronics workshops. He is also Chief Scientist and CEO of Cornfield Electronics.”

After the success of TV-B-Gone, we ended up meeting Mitch in person while visiting San Francisco, MAKE Magazine was just starting and I think were doing an article about modding the TV-B-Gone so it could be mounted inside a hat. 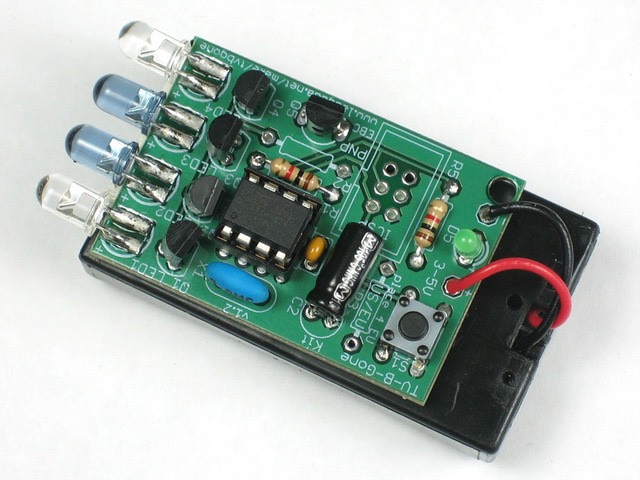 I figured if I could get Mitch and Limor to hang out, they’d end up doing a kit together, and that’s exactly what happened. The engineers talked, planned, sketched, chatted over email, and a little while later, a TV-B-Gone kit was released, and it was open-source! This was a big deal and potentially a big risk for Mitch. All of Mitch’s income and business was a commercial closed-source TV remote fob, surely open sourcing it would destroy his livelihood. The opposite happened, Mitch has been able to do what he wants to do, and live the life he wants, all while teaching and sharing. A few years ago WIRED did an article, Mitch summed it up best then…

The creator of the TV-B-Gone, Mitch Altman, has turned his love of open-source electronic mayhem into a one-man business…

Many of his hacks, including the first versions of the TV-B-Gone, were built using the MiniPOV3 kit by hardware hacker Ladyada. That kit lets you create ghostly messages with a bank of 8 blinking LEDs, by waving the LEDs back and forth in the air.

By making changes to the kit’s circuitry, replacing the red LEDs with different colors and reprogramming the included microcontroller, Altman has made not only the TV-B-Gone, but also glowing lights that respond to hand gestures, an electronic “dog” that spins its tail in reaction to sunlight, a 3x3x3 cube of LEDs that displays abstract 3-dimensional patterns, and even a pair of glasses with embedded, flashing LEDs and a pair of headphones for getting your brain waves into a meditative state.

Altman is a fan of open-source hardware. The MiniPOV3 kit he uses is open source, and he recently released the schematics and code for his own projects as open source. Altman describes the decision to go open-source as a way of giving back to the hardware hacking community, which was already modifying and improving the TV-B-Gone.

“There are thousands of people who are incredibly intelligent and creative helping me, for free, and they love it,” he says, describing the benefits of open source hardware.

He’s also helped found a hacker space in San Francisco, Noisebridge, where hardware hackers (or those who would like to learn more about hardware and software) can gather to work on their projects.

“I make enough money to live the life I want to live,” Altman says. “And I love this life.” 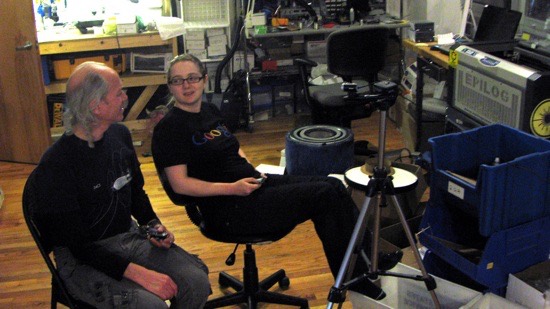 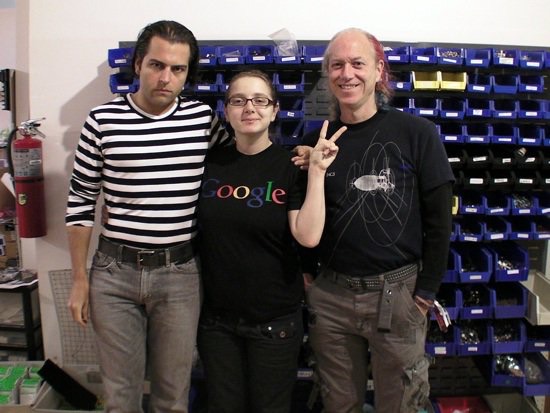 Pictured above, all of us 10 years ago back at apartment-version-of-Adafruit. Mitch has been on ASK AN ENGINEER and featured on our blog dozens of times over the last 10+ years, thank you so Mitch for doing what you do, and helping so many.

Over the years TVs have changed, many do not allow IR control, and TVs have become computer monitors and kiosks, so while the demand for the original TV-B-Gone is tiny compared to almost 20 years ago, it turns out making electronics, teaching, sharing, and making open-source hardware is still a good cause and good business to be in.