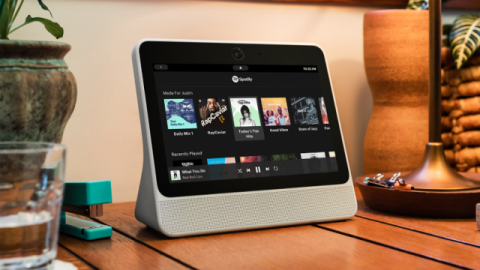 Facebook is a massive company with the a massive user base — early this year it was estimated that there were over 2 billion monthly users. The network effect of this is seemingly impossible to surmount, but they’ve found many ways to stumble. There are high profile privacy concerns following and surrounding the Cambridge Analytica scandal, and the furor following the 2016 election, but breaking into hardware is proving to be another area where they can’t seem to catch a break.

In 2012 Facebook purchased Oculus for over $2 billion, but the VR devices have failed to achieve widespread adoption. A year later, there was the Facebook phone, but it was discontinued shortly after it was launched. Their latest attempt–and flop–was Portal.

Portal sales have been so disappointing that Facebook has slashed prices multiple times. According to IDC, the company has shipped just over 54,000 Portal devices since its launch (The Information first cited this data). Michael Levin of Consumer Intelligence Research Partners described Portal’s market share and consumer awareness as “immaterial.”

At its core, Portal is a video-chat device. The thing is, most people already have one of these — it’s called a smartphone. Granted, there are a few perks to Portal, like its swiveling base that follows users as they move through the room, but it’s not doing a lot to differentiate itself from even its more direct competitors, such as Amazon’s Echo Show or Googles Nest Hub.  There is potential to be sure, especially integrating it with Oculus, but as it stands, there isn’t much to it.

[This] highlights Facebook’s central quandary as it seeks to diversify beyond mobile ads, which account for 93% of revenue, and expand into the costly business of developing, manufacturing and selling consumer devices. Coding is Facebook’s DNA, but the company’s hacker culture clashes with the realities of hardware development, which demands longer time horizons and relationships with a wide swath of manufacturers and resellers, all issues well beyond Facebook’s core.

Facebook hasn’t been able to lean into its existing network and massive user base to facilitate a hardware breakout. Hardware is, well, hard. In some ways Facebook has been bold, like acquiring Oculus, but it hasn’t really landed on a product with general interest and democratized accessibility. There may be a bright hardware future for Facebook on the horizon, but for now there isn’t much to see.

Read the story over at CNBC. It gives some insight into their struggles, and the obstacles they’ll need to overcome.

Comments Off on Facebook struggling to break into hardware #makerbusiness