Olive Wetzel Dennis was an engineer whose design innovations changed the nature of railway travel. Born in Thurlow, Pennsylvania, she grew up in Baltimore. 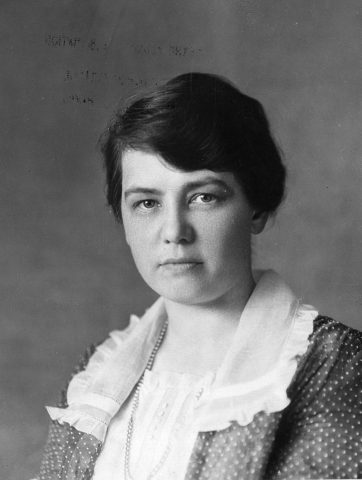 Olive Wetzel Dennis was born in November of 1885. As a child, she was always building and tinkering with things. When she was 10, her father gave her a set of tools and she built a scale model of a streetcar for her younger brother – complete with seats that turn over and steps that move up and down.

She earned a bachelor’s degree from Goucher College in Maryland and a master’s degree in mathematics from Columbia University and then taught high school math for ten years. But she never gave up the idea of becoming an engineer. So she went to back to school and became the second woman to graduate from Cornell University with a master’s degree in civil engineering.

Dennis went to work in the engineering department of the Baltimore and Ohio (B&O) Railroad. She started as a draftsman, building bridges in rural Ohio.