New Bike Helmet is an Airbag Inside a Collar #WearableWednesday #Safety 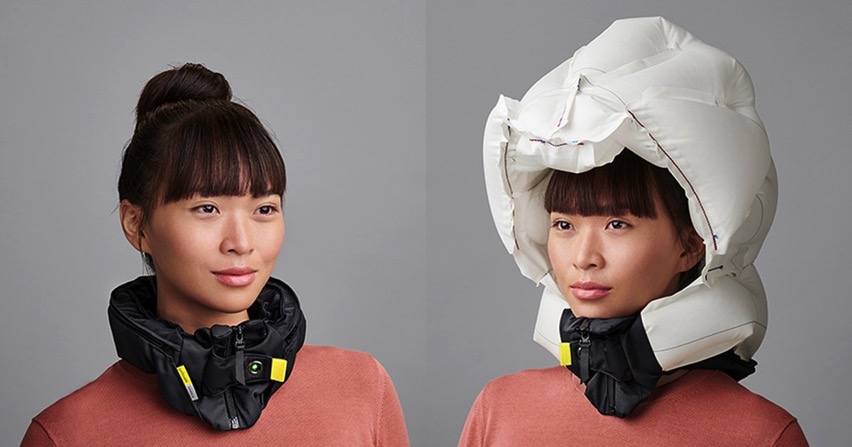 With this innovation you won’t have to mess up your hair with a helmet. Via Designboom:

swedish brand hövding has released their third generation cycling helmet – a collar-like device containing an airbag that activates in the event of a crash. billed as the world’s safest bicycle helmet, the hövding 3 inflates in 0.1 seconds and forms around the head and neck like a protective hood.

the collar uses sensors that read the cyclist’s movement pattern 200 times per second and once it detects abnormal movement caused by an accident it inflates. this efficiently fixates the neck and protects the head from injury. according to scientific studies conducted at stanford university, the airbag technology is 8x safer than traditional bicycle helmets.