Quinn Dunki writes on blondihacks about working with the video RAM of Veronica, a home-brew 6502 computer. The GPU magic that makes decent video for an 8-bit computer is a board called F18A by Matthew Hagerty.

I felt my VRAM block copier wasn’t working, despite my rigorous on-paper vetting of the code. However, this is one of those situations where it’s hard to say what’s actually broken. There are a lot of moving parts here- my block copier, all the various indirection tables in the F18A, the frame buffer, and so on.

Any one of those things being incorrect would cause the whole system to fail. As usual, this debugging task boils down to trying to find a way to isolate pieces of this system to verify independently. 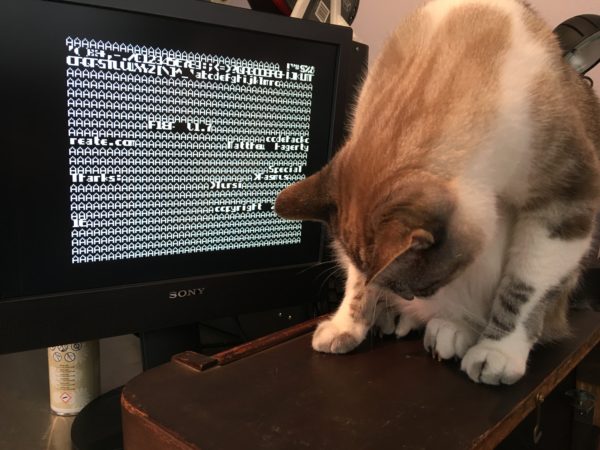 I played around with this for a while, and I suddenly realized what was wrong. I wish I could say it was a careful scientific process of eliminating variables, but sometimes debugging is just a flash of inspiration. I realized that my block copier was relying on the source data being aligned to a 256-byte boundary. This radically simplifies the code, so it’s a nice requirement to impose. My test font was not aligned to anything. In fact I even commented in the block copier that the source must be page-aligned (a “page” in 6502-speak is a 256-byte block) and then promptly forgot about my own constraint. It always pays to RTFM, especially when you wrote TFM. 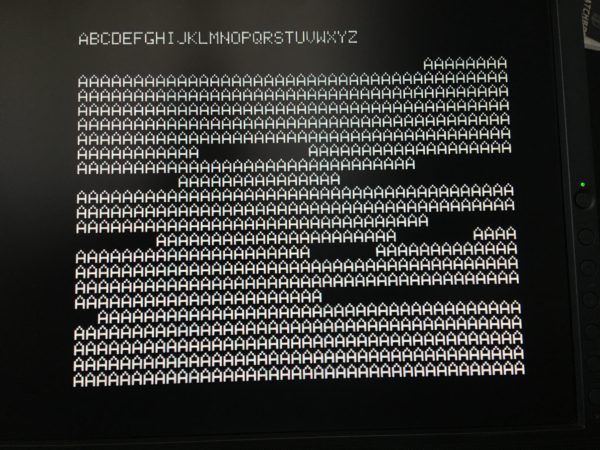 See the full blog post for all the details.