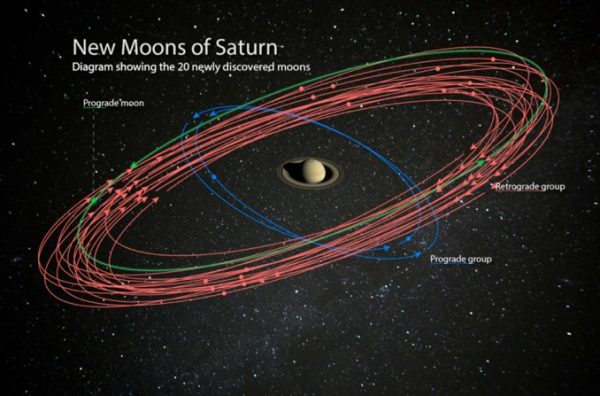 Each of the newly discovered moons has a diameter of about five kilometres (3 miles) and 17 of them orbit Saturn in the a retrograde direction opposite the planet’s rotation. The other three orbit in the same prograde direction as Saturn.

The retrograde moons orbit at roughly the same inclination, or tilt, indicating they may be fragments of a larger body that broke apart in the distant past. Likewise, two of the newly found prograde moons fit in with an already known group sharing an orbital tilt of about 46 degrees. They, too, may have once been part of a larger moon.

Comments Off on Saturn Has Solar System’s Most Known Moons: 82 #SpaceSaturday