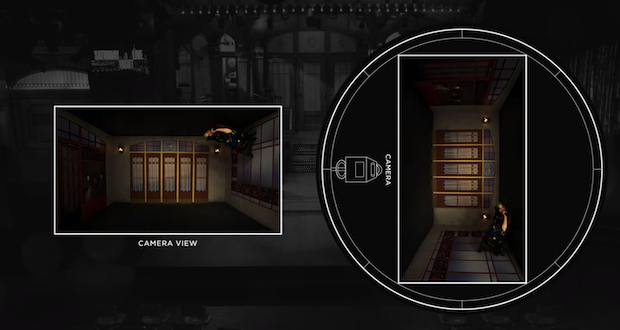 On SNL Bille Eilish performed in an amazing rotating stage/camera. On the screen it looked like Eilish was walking on the walls or crawling across the ceiling.

Learn how they accomplished this on YouTube. Via Stereogum:

In a new behind-the-scenes clip, Eilish says that it was inspired by Fred Astaire’s famous ceiling dance in the 1951 musical Royal Wedding and explains how the SNL team managed to pull the feat off in a live setting.

Charmingly, she also shared some home video of her using a tissue box to figure out her timing for the performance, with Russian dolls as her band members and her fingers standing in for herself. And what’s maybe most impressive is that Eilish says that she had two sprained ankles (?!) while doing the performance, so it must have been painful?