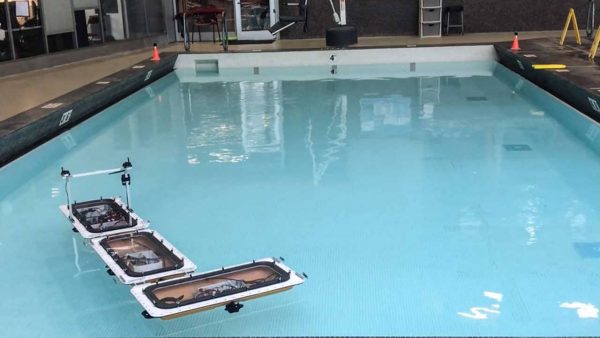 Back in June, we talked about some new autonomous robot boats that had been invented by MIT. These boats were designed to find and attach to each other while floating in the canals of Amsterdam to pick up trash. MIT has announced an improvement to its robotic boats that could make them more efficient at picking up garbage.

Each of the autonomous boats has a rectangular hull and are equipped with sensors, thrusters, microcontrollers, GPS modules, cameras, and other hardware. Other than picking up trash, the so-called Roboats are also expected to be able to transport goods and people and self-assemble into pop-up platforms for concerts and such.