Via dice.com, which programming languages are most in-demand by employers? Important for those who want to leverage their skills to land a particularly high-paying job. Fortunately, a new list gives us a pretty accurate rundown, and it’s filled with the usual suspects: SQL, Java, JavaScript, Python, and so on. 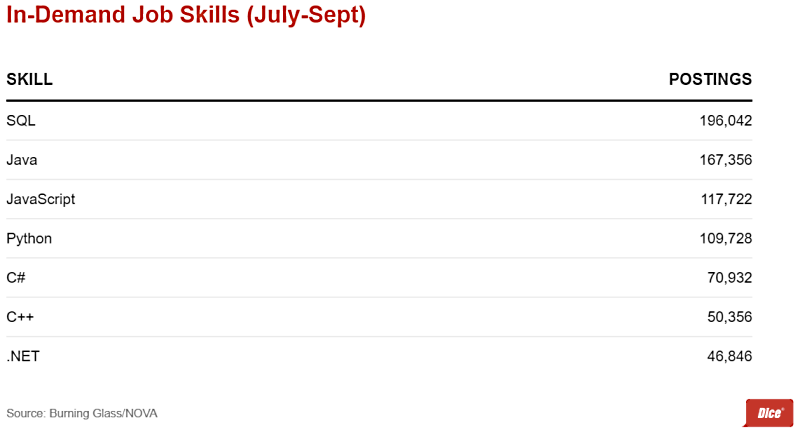 It’s particularly worth paying attention to Python: in addition to serving as an immensely popular general-purpose language, it’s really come into its own as a language for very specialized functions, including machine learning, microcontrollers and finance IT. That’s a core reason why a JetBrains survey from earlier this year named it the most-studied language among developers.

A recent study by IEEE Spectrum also noted that employers want developers skilled in Python, Java, C, C++, and JavaScript, so these languages’ presence on the Burning Glass list should come as no surprise, either. All of these programming languages enjoy massive install bases across a variety of platforms, including mobile and the web; they’re also taught widely in schools and bootcamps, ensuring that there’s a steady pipeline of newly minted technologists who know them.

See the full article on dice.com.