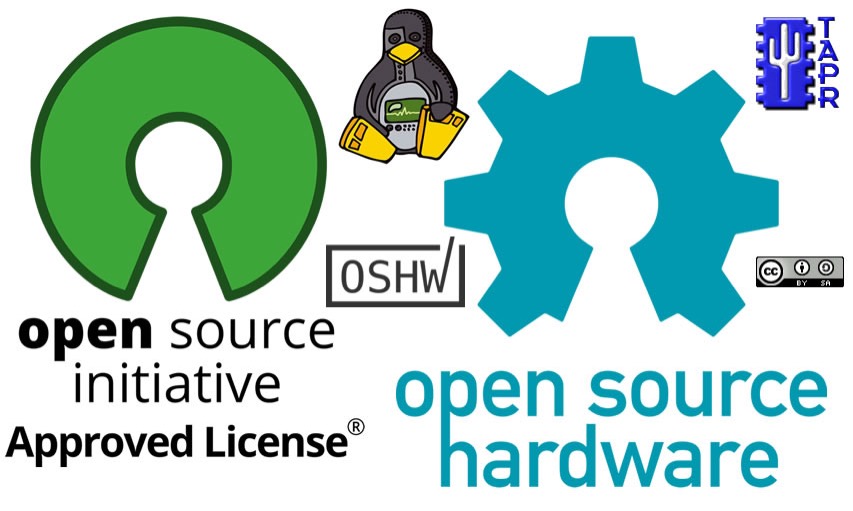 Open source licenses are licenses that comply with the Open Source Definition — they allow software to be freely used, modified, and shared. With code it’s pretty clear what open-source licenses there are to choose from. Usually the developer picks on that is OSI certified from the list, there are few popular ones, and a complete list. The popular ones include:

The OSI has a good FAQ here as well.

For hardware, there are a few licenses to choose from. Keep in mind, hardware is a little different than code which relies on copyright for protection and licensing. For hardware you generally only have patents and/or trademarks to lean on for legal protections for the designs, however – there are hardware licenses that specifically show the intent of the designer.

For a great overview of patents, trademarks, and copyright in relation to hardware, OSWHA has a hardware section.

And more specific to hardware…

Before you get too far with deciding what licenses, etc. check out the OSHWA site which also has: software, documentation, and branding sections.

At this time (and when I wrote about this in 2012), it appears the majority of shipping Open-source hardware still uses Creative Commons-Share-Alike-Attribution for the hardware, with a MIT license for the software.

So, what are the choices for hardware licenses?

CERN Open Hardware License
The CERN Open Hardware License (OHL or CERN OHL) is a license used in open-source hardware projects. It was created by CERN, which published version 1.0 in March 2011. Version 1.1 was published in July 2011. Version 1.2 was published in September 2013. Version 2.0, which utilizes a simplified language and covers also integrated circuit designs, is currently being drafted.

CERN as in that CERN, The European Organization for Nuclear Research – where the World Wide Web began!

TAPR, The TAPR Open Hardware License
The TAPR Open Hardware License (“OHL”) provides a framework for hardware projects that is similar to the one used for Open Source software. This isn’t as straight-forward as it seems because legal concepts that work well for software (such as copyright and copyleft) don’t neatly fit when dealing with hardware products and the documentation used to create them.

CC BY-SA, Creative Commons Attribution-ShareAlike
Share — copy and redistribute the material in any medium or format. Adapt — remix, transform, and build upon the material for any purpose, even commercially. Attribution — You must give appropriate credit, provide a link to the license, and indicate if changes were made. You may do so in any reasonable manner, but not in any way that suggests the licensor endorses you or your use. ShareAlike — If you remix, transform, or build upon the material, you must distribute your contributions under the same license as the original.

Opinion time, CERN is probably the best one, more so with version 2.0. We have a board that was put under CERN, we’ve used CC BY-SA for so long kinda kept going with that. I do not think it matters what hardware license is chosen, besides picking CC BY-SA or CERN at this point to demonstrate your intentions. What tends to happen is a lot of people who like to argue on mailing lists talk about theoretical issues, and edge case licenses while other are shipping hardware.

Adafruit mostly uses CC BY-SA for the hardware and MIT for the software (So does Arduino, SparkFun…). 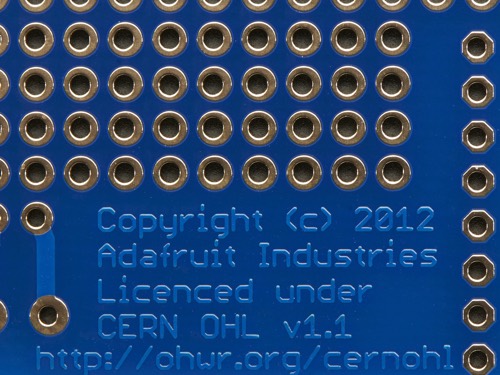 We did have a CERN licensed one though! The Adafruit Prototyping Pi Plate Kit for Raspberry Pi.

That said, post up in the comments if you’re publishing open-source software and hardware and use other licenses. There other ones like SolderPad, however, I wanted to post up about these 3 specifically for this article.