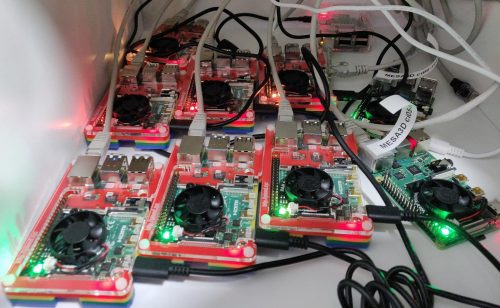 The original developer of the open source VC4 and V3D OpenGL drivers used by Raspberry Pi, Eric Anholt, is no longer developing these drivers. Here is Iago Toral, who, with a team from Igalia has stepped in to continue Anholt’s work.

The GPU bundled with Raspberry Pi 4 is a VideoCore VI capable of OpenGL ES 3.2, a significant step above the VideoCore IV present in Raspberry Pi 3 which could only do OpenGL ES 2.0. Despite the fact that both GPU models belong in Broadcom’s VideoCore family, they have quite significant architectural differences, so we also have two separate OpenGL driver implementations. Unfortunately, as you may have guessed, this also means that driver work on one GPU won’t be directly useful for the other, and that any new feature development that we do for the Raspberry Pi 4 driver stack won’t naturally transport to Raspberry Pi 3.