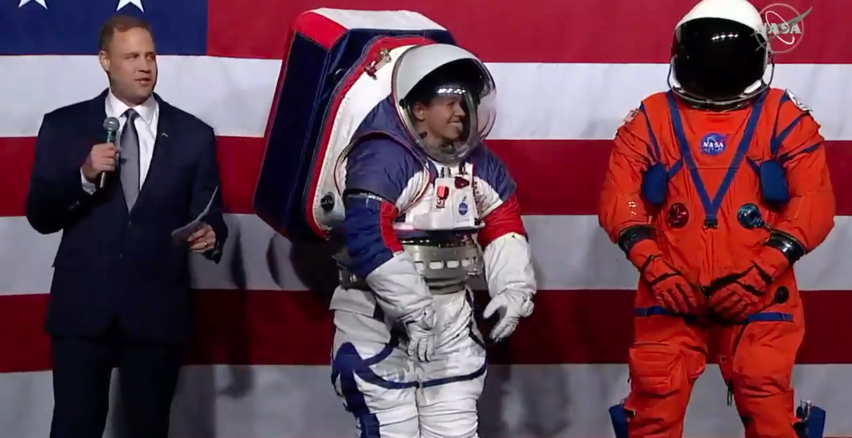 NASA unveiled the next generation of spacesuit for moon exploration.

NASA revealed new spacesuits, specifically created for the Artemis generation of missions, which aim to get the first American woman and the next American man to the surface of the Moon by 2024. The new design’s toppling feature is greater mobility and flexibility, in basically every respect. NASA unveiled both a full suit designed for use in extra-vehicular activities on the surface of the Moon, and a flight suit for use while in transit to lunar orbit.

Guided by NASA Administrator Jim Bridenstine, the agency first demonstrated the suit that astronauts will use on the surface of the Moon (and, with modifications, eventually on Mars). It’s called the ‘xEMU’ variant, and it looks a lot like what you might think of when you imagine ‘space suit’ in your mind. But it’s quite different in many respects from what astronauts used to visit the surface of the Moon during the Apollo program.