Issue 17 of GARAGE Magazine is out now! In the pages of this issue you can find a feature on the Harriet Tubman stamp, an Adafruit-born project which has quickly grown into a burgeoning nationwide movement. 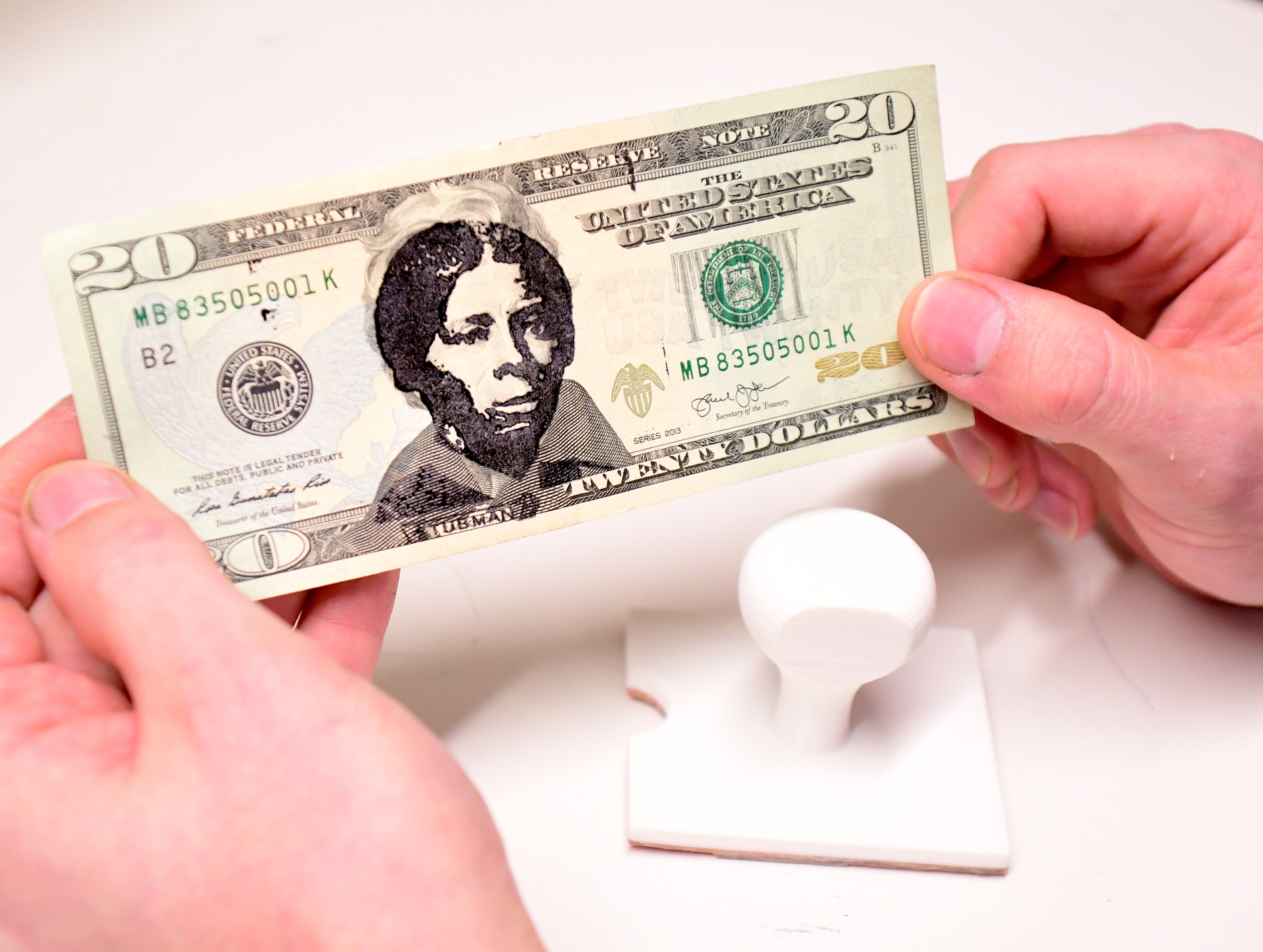 “Perhaps one of the most defining characteristics of our era will be the fact that we tried to right the wrongs that had been in place since time immemorial. In this pursuit we’ve had to tear down many institutions and figures in order to put in place that which represents everybody and champions a more equal way of life. In the United States, this conflict has found unusual ground in its currency, which today boasts the faces of the usual old, dead white men. Since at least 2015, a vocal community has advocated to put the abolitionist and political activist Harriet Tubman on the face of the $20 bill, replacing Andrew Jackson, the seventh president of the U.S., who has largely fallen out of favor on account of his mistreatment of Native Americans and support of slavery. Imagine the surprise when it was was announced in 2016 this would no longer be a pipe dream and the Tubman twenty would actually hit the streets in the year 2020. Perhaps less surprising, this past July, Donald Trump’s Treasury Department decided to delay the Barack Obama-era plan to replace Jackson with Tubman on the $20 bill.

Luckily for fans of social justice and numismatics, there is still a way to pay for your Pret salad with woke legal tender. The artist Dano Wall, who has been working with 3D printers since 2012, has found a creative loophole for this very 2019 phenomenon: He created a stamp that allows users to superimpose Tubman’s face over Jackson’s.

The stamp-altered $20 bill is still technically legal tender. (The law defines defacing as one who ‘mutilates, cuts, defaces, disfigures, or perforates, or unites or cements together’ bills with the intention of rendering them ‘unfit to be reissued’.) ‘There have been some reports of trouble with bank tellers, but [the bills] can be deposited into ATMs. The stamp itself doesn’t hamper any of the security features of the bill’, Wall explains. The Tubman stamp is more important than the money it imprints, though; when applied to the government-issued Jackson bill, it takes on a near-revolutionary context, functioning as a defiant call to arms against the Trump administration’s institutionalized racism and misogyny. Now, in collaboration with GARAGE, Wall has turned his stamp into stickers, which we invite you to peel off slowly and see how you can start a mini-revolution of your own.”
–Emma Specter

Tubman stamps are available to purchase at tubmanstamp.etsy.com

Want to make your own stamp? The design files for the Harriet Tubman $20 stamp are open source and free to download from Thingiverse.