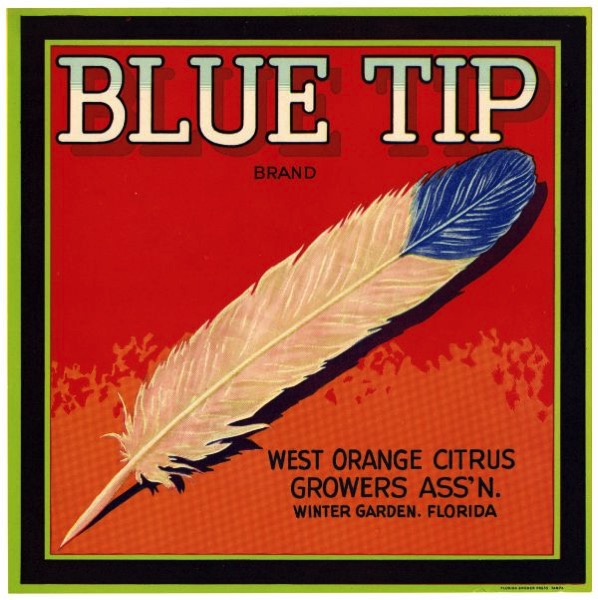 This online archive features hundreds of labels that were used to market Florida’s fruits and vegetables all along the east coast, Via Florida State Memory

This collection consists of more than 600 crate labels from the Florida Special Collection at the State Library of Florida. Citrus fruits are native to Asia and were brought to Florida by Spanish explorers in the 1500s, with many of the earliest groves concentrated near St. Augustine. Florida’s citrus industry grew rapidly in the late 19th century, but the Great Freeze of 1894 and 1895 devastated growers as far south as Tampa and the Manatee River Valley. Many citrus growers moved their groves farther south, and some abandoned Florida altogether. By the 1910s, the industry had regained its footing and production was back up to where it had been before the Great Freeze.

With this new surge in citrus production, packers and shippers began designing labels to promote their produce locally and nationally. Labels were one of the first things a potential buyer would see, so it was important that they convey information quickly. Crate labels were a point of pride for packers and shippers, and often included a personal touch. Some even featured images of family members and pets. Creative names and colorful designs helped attract the attention of buyers, who would then sell the Florida produce at grocery stores nationwide.