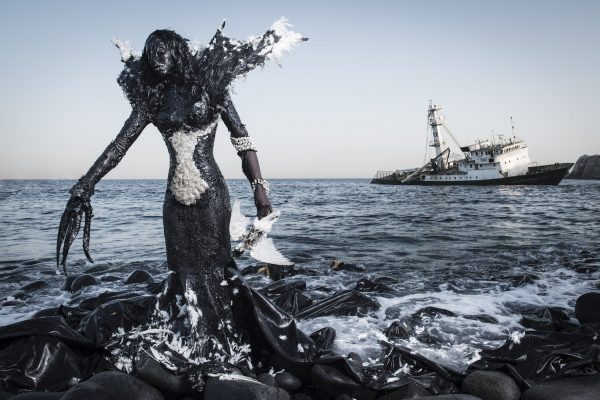 Made in collaboration with Senegalese fashion designer Doulsy and set primarily in Africa, the series took Monteiro two years to complete. Models representing the children of the Earth Goddess Gaia (known as djinn) are dressed in costumes fashioned to look like the environmental ruin and refuse that surrounds them. Consumer debris like fishing nets and plastic bags form elaborate gowns, headdresses, and garbage accessories that anchor the djinn to the trashed landscapes. All thirteen photographs in the series are currently being shown together for the first time in the United States at the Chazen Museum of Art in Madison, Wisconsin.