Rebble with a Cause: How Pebble Watches Were Granted an Amazing Afterlife #WearableWednesday

When Pebbles servers shut down, enthusiasts did not let the dream die, Via Ifixit (They also have a great Pebble teardown)

In the early summer of 2018, you could buy an Apple Watch with built-in GPS, wireless payments, and speakers that buzz water out after a swim. Meanwhile, Katharine Berry was hustling to keep five-year-old watches with black and white screens alive.

Berry had worked for Pebble, maker of the first notable smartwatch. The company was acquired by Fitbit and shut down a year and a half earlier. Now Fitbit was turning off the servers that fed Pebbles apps, weather, and other useful data.

But Berry and a cadre of crafty enthusiasts, the Rebble Alliance, had prepared for this moment. They had archived Pebble’s web and development assets, opened up the devices’ firmware a bit, and worked with former Pebble and Fitbit developers inside a Discord channel. Berry, between jobs, sprinted for two weeks to code a replacement cloud infrastructure. She guessed that, if they could pull it off, maybe a thousand people, at most, would try it out. 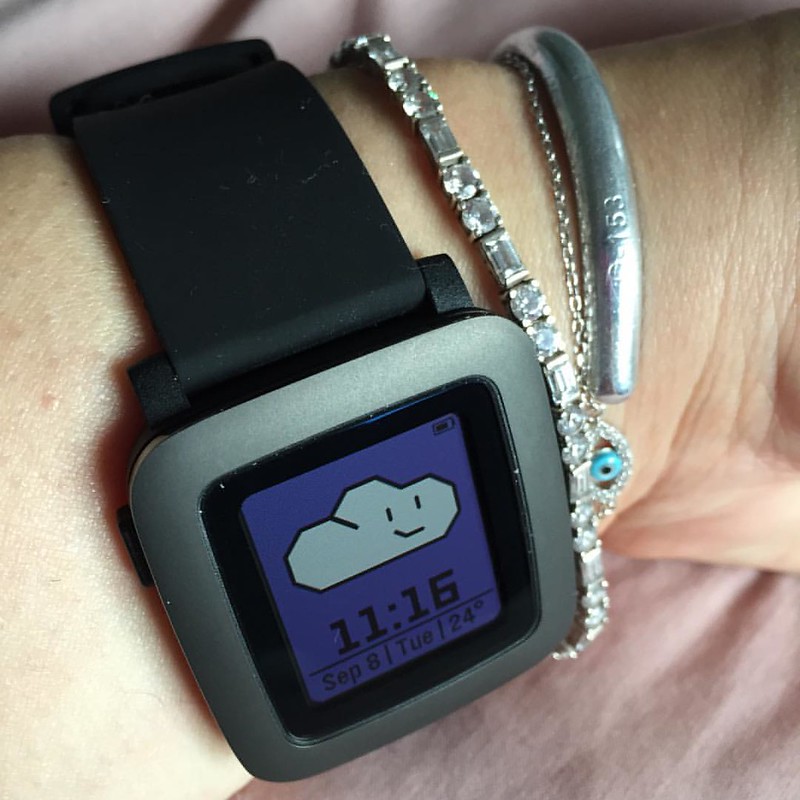 One morning seven months later, Berry realized that Rebble had 100,000 accounts. Today, more than 212,000 accounts have been created—more than 10% of the two million Pebbles ever sold—and nearly 9,000 have subscribed. Press coverage certainly helped. But, really, it is Rebblers’ enthusiasm that keeps their watches running, precisely because Pebbles are not modern, in all the best ways.

“It goes out of its way to get out of my way,” said Joshua Wise, one of Rebble’s primary developers. “The Apple Watch … and Android Wear wanted you to interact with them, to make them the center of your life. The Pebble wants to not at all be part of your life, up until it does something useful for you, and then it lets you go back to your life.”

Comments Off on Rebble with a Cause: How Pebble Watches Were Granted an Amazing Afterlife #WearableWednesday