Always Building, From the Garage to Her Company 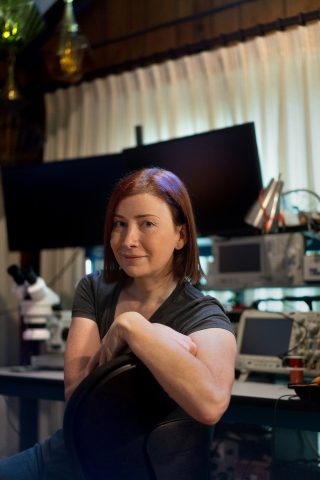 Jeri Ellsworth began playing pinball when she worked in a bowling alley as a teenager, and a manager there would occasionally give her a few free credits. Today, she has a collection of more than 70 pinball machines, but her passion has moved from the mechanical into a new digital augmented reality, which she believes will be the future of entertainment.

Ms. Ellsworth, 45, is a self-taught computer hacker and chip designer who recently started a new augmented reality gaming company, Tilt Five, based in San Jose, Calif. She is emblematic of a generation of Silicon Valley hobbyists who were passionate about computers and only later turned their passions into commercial enterprises. She originally gained visibility as an independent computer chip designer living in a rural ramshackle farmhouse in Yamhill, Ore.

Filed under: Women In STEM —
Tags: women in STEM — by Kelly

Comments Off on Always Building, From the Garage to Her Company