November 3rd is the 65th anniversary of the release of Ishiro Honda’s 1954 original classic movie. Via Wikipedia:

Godzilla, was directed by Ishirō Honda and released by Toho in 1954 and became an influential classic of the genre. It featured political and social undertones relevant to Japan at the time. The original introduced an acclaimed music score by Akira Ifukube, which was reused in many of the later films. The original also introduced the work of special effects master Eiji Tsuburaya, who used miniatures and “suitmation” to convey the large scale of the monster and its destruction. For its North American release, the film was reworked as an adaptation and released in 1956 as Godzilla, King of the Monsters!. The adaptation featured new footage with Raymond Burr edited together with the original Japanese footage. 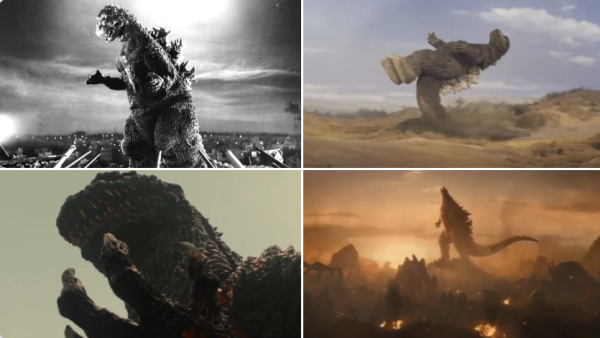