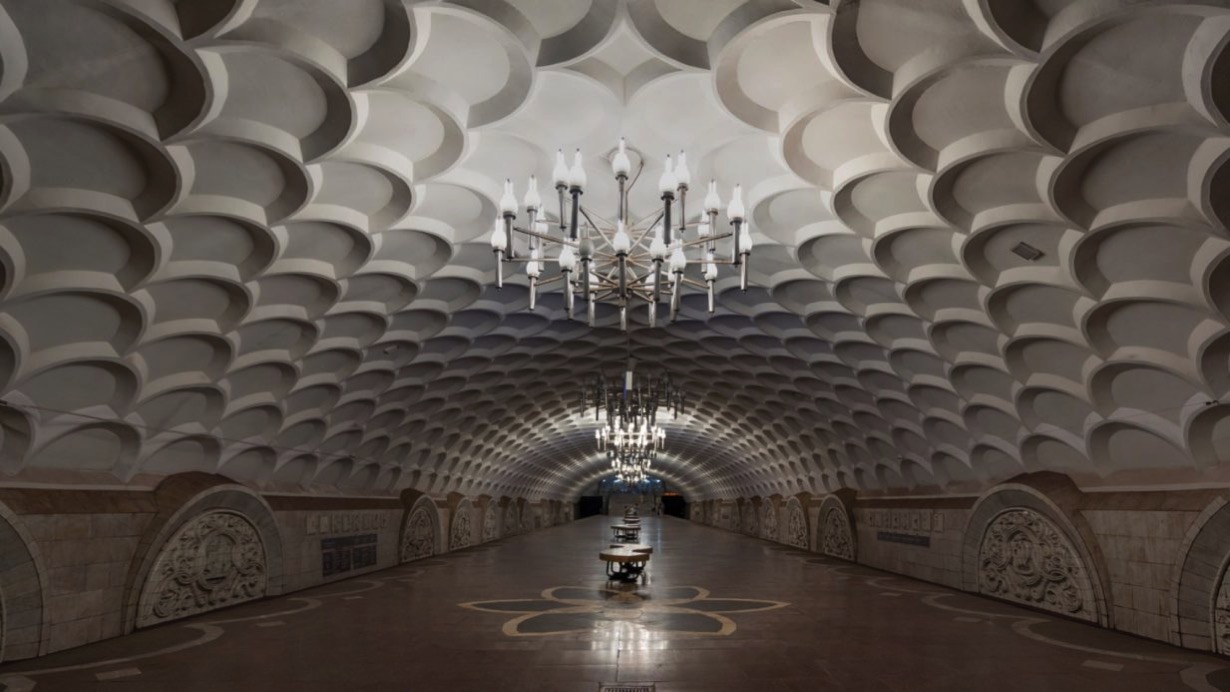 The Soviet Metro Stations photography series by Christopher Herwig documents the most unusual details of the Soviet-era metro network built between the 1930s and 1980s.

Intended to give an insight into the “closest realisation of a Soviet utopia”, the photography collection features stations in 15 cities across seven different countries in the former USSR – the communist state that existed from 1922 to 1991.

Herwig’s photos focus predominantly on the details that make each of these stations unique, which range from propaganda sculptures and artwork to elaborate mosaics and opulent lighting.