Today we celebrate Gracie young, a computer science graduate of Stanford University, whose heritage is part Cherokee. We’re excited to see where her career takes her!

Check out this interview with Graciey Young from the Women of Silicon Valley on Medium. 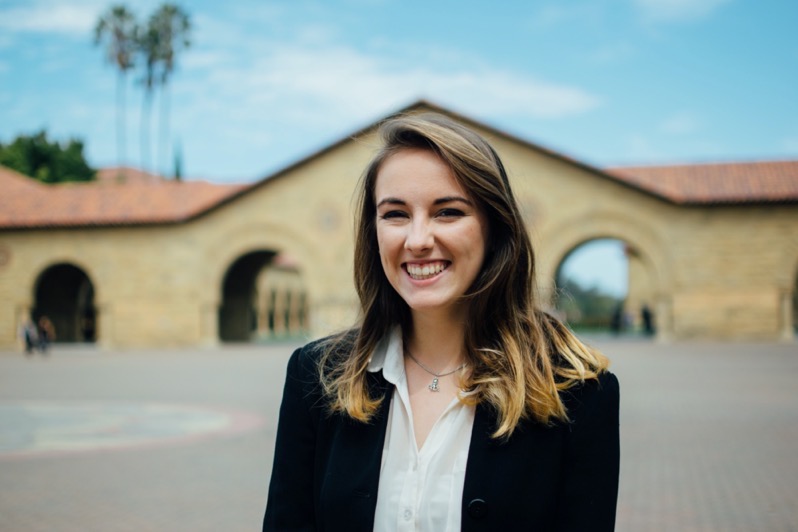 Gracie Young is a senior studying Computer Science at Stanford University. She loves making things, from mobile apps and robots to floor rugs crocheted from recycled tech t-shirts. At school, she co-led Women in Computer Science, managed the Stanford Powwow website, and served as a Teaching Assistant for the Android development class. She’s had the opportunity to intern at Google, Qualcomm, and the US Navy.

1. When did you know you wanted to be in tech?
During my first year of college, I really enjoyed my introductory computer science classes. But it wasn’t until my first hackathon, PearlHacks 2015 that I began to envision myself in the tech industry. I had no idea what a hackathon was, but I had imagined it was an event where unbathed tech bros coded through the night on scary levels of caffeine. But PearlHacks was delightfully different! It was an all female-identifying hackathon, almost everyone slept, and the bathrooms were stocked with toiletries. I found a team of two other women, and together we built a website — my first — that let people post and claim lost/found items. At the end of the hackathon, as I looked around at the other participants and admired their finished products, I felt included in the maker community and inspired to be in tech. After PearlHacks, I’ve continued to attend hackathons and play with new technologies and ideas that keep me excited about the industry.