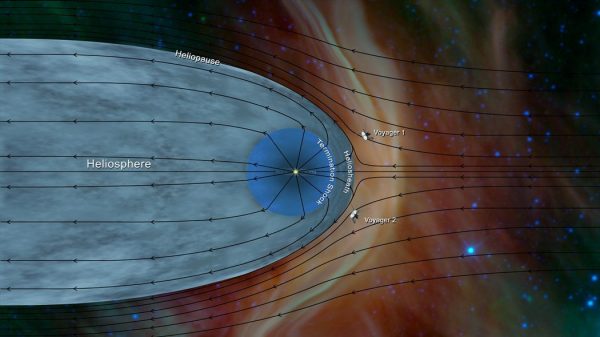 The boundary between these two realms, known as the heliopause, is a dynamic environment. This is where galactic cosmic rays, which are high-energy particles from alien stars and distant galaxies, slam into the bubble-like magnetic shield created by the Sun, which encompasses the solar system.

The Voyager probes are the only human-made objects that have ever traversed this tumultuous borderland between the Sun and the stars. While the twin probes sent back many similar observations, Voyager 2 encountered new phenomena while entering the interstellar medium, according to a packet of five new studies published on Monday in Nature Astronomy.

Comments Off on NASA Has Found a Weird, Unexplained Boundary in Interstellar Space #SpaceSaturday