Ken Shirriff does excellent research into why 80×24 became the prominent size for character-based displays in the marketplace. Often the alpha and omega is with IBM, here too. IBM making CRT-based terminals legitimized the segment with the advent of the IBM 2260 in 1965. Some interesting facts: 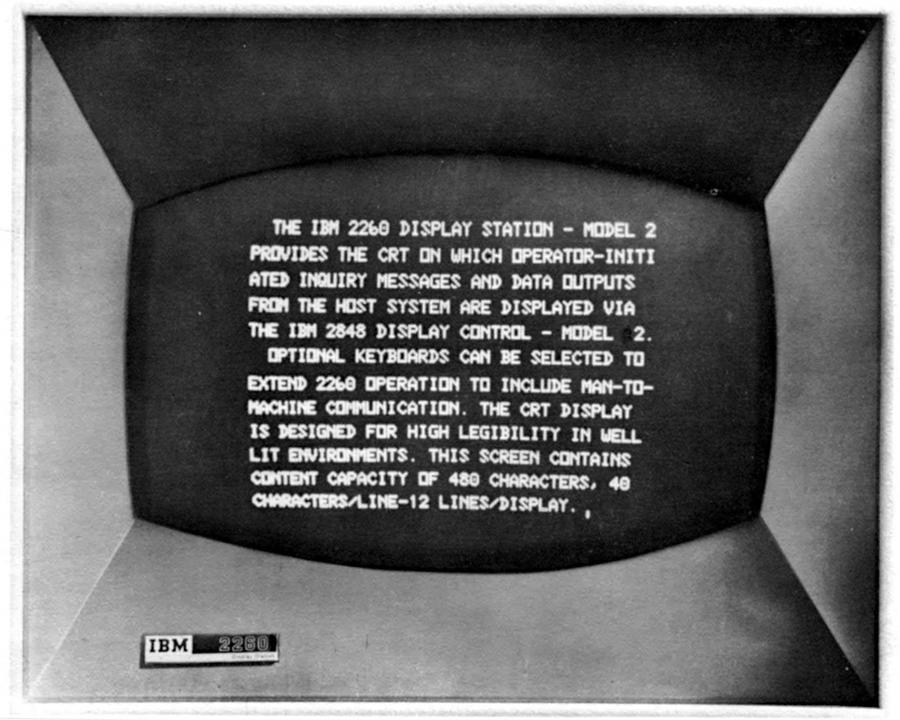 One of the most interesting features of the 2260 is the sonic delay lines used for pixel storage. Bits were stored as sound pulses sent into a nickel wire, about 50 feet long. The pulses traveled through the wire and came out the other end exactly 5.5545 milliseconds later. By sending a pulse (or not sending a pulse for a 0) every 500 nanoseconds, the wire held 11,008 bits. A pair of wires created a buffer that held the pixels for 480 characters.

IBM provided extensive software support for the 3270 terminal. This had an important impact on the terminal market, since it forced other manufacturers to build compatible terminals if they wanted to compete. In particular, this made 3270-compatibility and the 80×24 display into a de facto standard. In 1977, IBM introduced the 3278, an improved 3270 terminal that supported 12, 24, 32, or 43 lines of data. It also added a status line, called the “operator information area”. The new 32- and 43-line sizes didn’t really catch on, but the status line became a common feature on competing terminals.

Some of you may know that the original IBM PC was configured with 80×25 text support. Why the extra line?

The designers of the IBM PC managed to squeeze a few more pixels onto the display to get 320×200 pixels. When using an 8×8 character matrix, the updated graphics mode supported 40×25 text, while the double-resolution graphics mode with 640×200 pixels supported 80×25 text. The monochrome graphics card (MDA) matched this 80×25 size. In other words, the IBM PC ended up using 80×25 text because the display provided enough pixels, and it provided differentiation from other systems, but there wasn’t an overriding motivation. In particular, the designers of the PC weren’t constrained by compatibility with other IBM systems.

See the entire post for all the interesting details. 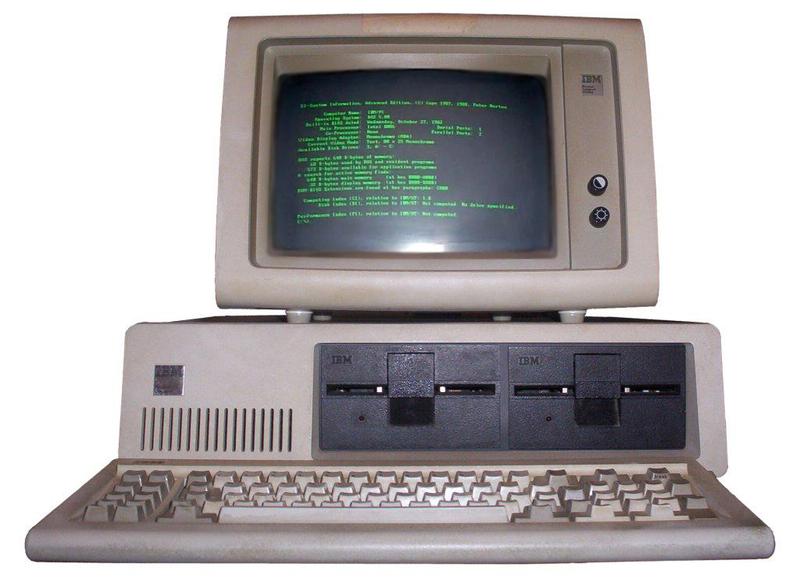 Ed: Often the 25th line was used for function key labels and the like on terminal emulators.

Comments Off on IBM, sonic delay lines, and the history of the 80×24 display #VintageComputing #IBM #History @kenshirriff