One Hundred Years Ago, Einstein’s Theory of General Relativity Baffled the Press and the Public 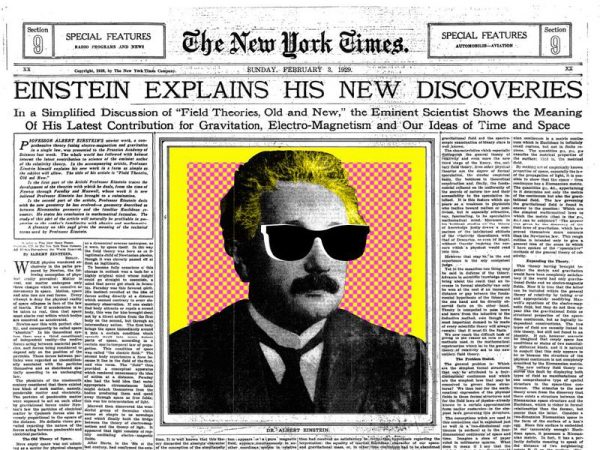 An interesting writeup from Smithsonian about Einstein’s theory, its reception, and its influence.

When the year 1919 began, Albert Einstein was virtually unknown beyond the world of professional physicists. By year’s end, however, he was a household name around the globe. November 1919 was the month that made Einstein into “Einstein,” the beginning of the former patent clerk’s transformation into an international celebrity.

On November 6, scientists at a joint meeting of the Royal Society of London and the Royal Astronomical Society announced that measurements taken during a total solar eclipse earlier that year supported Einstein’s bold new theory of gravity, known as general relativity. Newspapers enthusiastically picked up the story. “Revolution in Science,” blared the Times of London; “Newtonian Ideas Overthrown.” A few days later, the New York Times weighed in with a six-tiered headline—rare indeed for a science story. “Lights All Askew in the Heavens,” trumpeted the main headline. A bit further down: “Einstein’s Theory Triumphs” and “Stars Not Where They Seemed, or Were Calculated to Be, But Nobody Need Worry.”

Comments Off on One Hundred Years Ago, Einstein’s Theory of General Relativity Baffled the Press and the Public