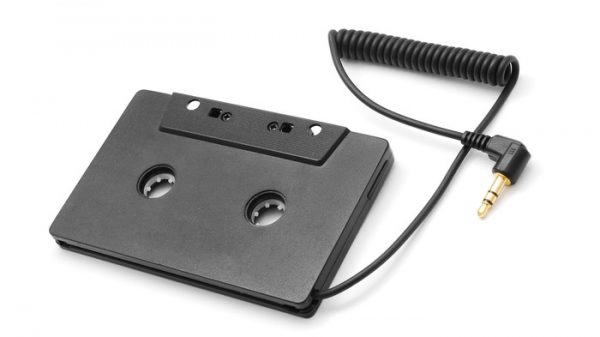 The device is the work of Larry Schotz, an electrical engineer and serial inventor who was responsible for a number of major innovations involving audio and video equipment during the 80s and 90s, including expertly set FM tuners, oddly-shaped rabbit ears, and some of the earliest wireless speaker systems.

The genius of Schotz’s invention is that it effectively subverted the cassette tape’s existing mechanisms. A tape player works by transmitting electromagnetic signals collected on an audio tape using the “head” of the tape, converting them into analog audio sound, and amplifying them. In many ways, the cassette adapter works by transmitting the signal directly from the head, rather than from the tape. The fact that no magnetic tape was involved likely cut down on mechanical noises, better known as tape hiss.