The Sleek History of Airline Maps 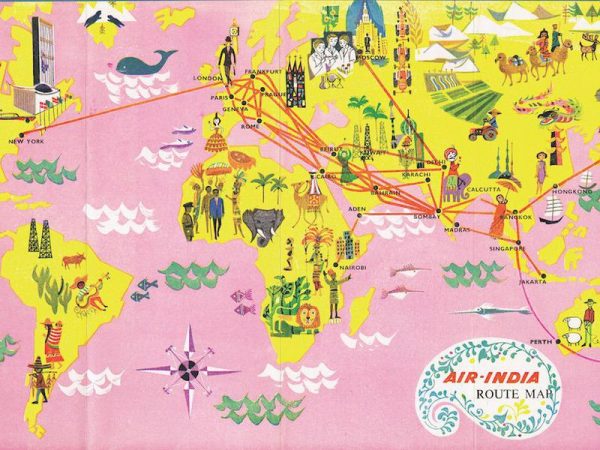 A really neat look at the evolution of air travel.

On January 1, 1914, the first scheduled passenger flights began soaring through the skies between St. Petersburg and Tampa, Florida. With the dawn of civil air travel came the need for airlines to find new and creative ways to entice passengers to travel onboard their aircraft, while also spurring a sense of wanderlust among a populace who had previously only traveled via boat or train. One popular way airlines did so was by creating colorful and engaging maps that showcased the different destinations around the world where they flew. Over time, airlines became more and more creative with their maps, adding in hand-drawn illustrations depicting their fleet of aircraft along with detailed drawings of different locales around the world.

Comments Off on The Sleek History of Airline Maps