The Takeout and People Magazine are posting about the Chuck E. Cheese pizza restaurants removing their signature robots.

Chuck E. Cheese, the children’s entertainment center whose 1980s and ’90s proliferation inspired a warped nostalgia in us all, has unveiled a sweeping redesign that will soon take effect in all 600-plus locations, and is already rolling out this week in several cities. …All locations will soon feature an “interactive dance floor.” But with good news comes the bad… The unspeakably tragic. The new and improved Chuck E. Cheese will no longer accept tokens for gameplay, and animatronic house ensemble Munch’s Make Believe Band is being removed at every location nationwide. We will reiterate: Munch’s Make Believe Band is no more.

The news that Chuck E. Cheese was phasing out animatronics was first reported as a long-term goal of the franchise back in 2017, but somehow, it didn’t feel real back then. CEO Tom Leverton explained the axing in 2017 to NPR’s Morning Edition by saying, “A child today has such high expectations for entertainment that the animatronics, even at their absolute best, can’t live up to those expectations.”

These tireless musicians have been performing nonstop for 42 years, becoming synonymous with the very idea of “animatronics” and our complicated relationship to all that entails. 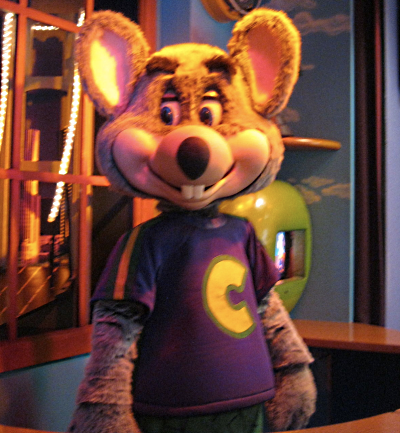 Other posts Adafruit has made on Chuck E. Cheese and animatronics