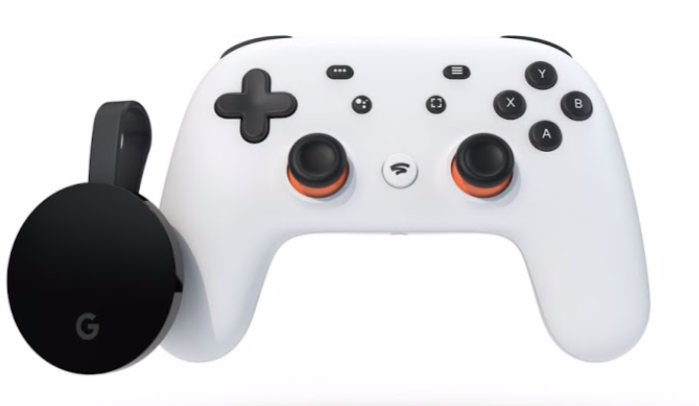 People are getting their hands on Stadia and the reviews are mixed to poor. Announced earlier this year, Stadia is Google’s answer to console gaming. Differentiating itself from Playstation or Xbox, Stadia gameplay is entirely streamed. The early reviews seem to indicate a good idea but an under-baked product. Here is what a few publications have to say:

Mashable – Google Stadia is just for early adopters now, but it has so much promise:

Google Stadia hands-on: Shockingly playable Game streaming is finally viable, and Stadia is leading the charge — but with this launch, it’s turning out to be more of a stroll. Hey, at least we’re getting there.

Vice – Stadia the Technology? Awesome. Stadia the Service? Not So Much

Streaming games is here and very real, but Google’s Stadia is launching without much to play and without much beyond “Hey, isn’t this neat?

Gamespot – Google Stadia Review In Progress – Too Little, Too Soon

So far, Google’s tech has impressed me to the point where I would comfortably play most in a browser tab or on a phone without batting an eye, but then I consider that I will have to buy the vast majority of games, and I’m left in awe of the value Microsoft and Sony are offering, even if their overall services lack Stadia’s flexibility. For the moment, cloud gaming still feels like a decent alternative to the real thing, and I don’t think I’m ready to dedicate a full-price game purchase to a secondary platform.

Even under ideal conditions (fiber connection, directly plugged into the router, 4K HDR OLED TV), there is a noticeable difference between playing a game on Stadia and running the game on local hardware, like a PC or PS4. There’s a certain clarity, depth, and sharpness you get when a game is rendered in real time, and that’s absent with a stream, no matter how high-quality it is.

Stadia is being released to the public with a fizzle, missing most of its key features. No family sharing; no viewable friend lists; no ability to stream games in the iOS app; and no games featuring Stream Connect, Stadia’s promising multiplayer experience that lets players jump straight into any game they’re watching. The list goes on. To call this a full launch requires a gargantuan asterisk.

Eurogamer – Stadia tech review: the best game streaming yet, but far from ready

Perhaps more pressing is the value proposition. Netflix works because the subscription model is easy to understand – you pay extra for more screens and UHD but that’s it. Stadia is the same in terms of demanding a premium for UHD (even if key titles don’t seem to be rendering at 4K) except that you’re still paying top-end prices for your games on top of that. Combined with the feeling that the platform and the ecosystem is still some way off completion and I do feel that it’s perhaps too early for Stadia to be rolling out as a full service, especially when games are limited and the all-important platform exclusives are very thin on the ground.

I am genuinely amazed with how shockingly bad Stadia has performed at my home over the course of many sessions.