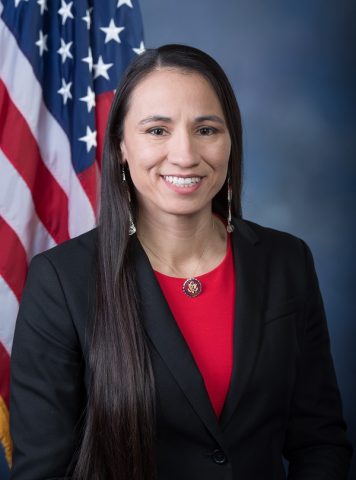 Representative Davids was raised by a single mother, who served in the Army for 20 years. After graduating from Leavenworth High School, she worked her way through Johnson County Community College and the University of Missouri-Kansas City before earning a law degree from Cornell Law School. As a first generation college student who worked the entire time she was in college, Rep. Davids understands the importance of quality public schools and affordable higher education. It is that foundation that allowed her to go on to a successful career, focused on economic and community development, which included time as a White House Fellow under President Barack Obama.

Rep. Davids wants others to have the same opportunities to achieve their goals, which is why she has centered her career on bringing more opportunities to the middle class. In Congress, Rep. Davids is putting Kansans first, working to limit the influence of special interests and fighting to make health care more affordable and accessible to everyone.When she was sworn into the 116th Congress, Rep. Davids became one of the first two Native American women to serve in Congress. She sits on the Transportation & Infrastructure and Small Business Committees. She is a resident of Roeland Park.

The New York Times also did a writeup on Representative Davids when she was running for office last year.

If Sharice Davids prevails in November, she would represent several firsts in Congress.

She would be the first lesbian congresswoman from Kansas.

She would be one of the first Native American women in Congress. (Deb Haaland, who won the Democratic primary in June in a blue district in New Mexico, could also be elected in November.)

Comments Off on Sharice Davids #NativeAmericanHeritageMonth