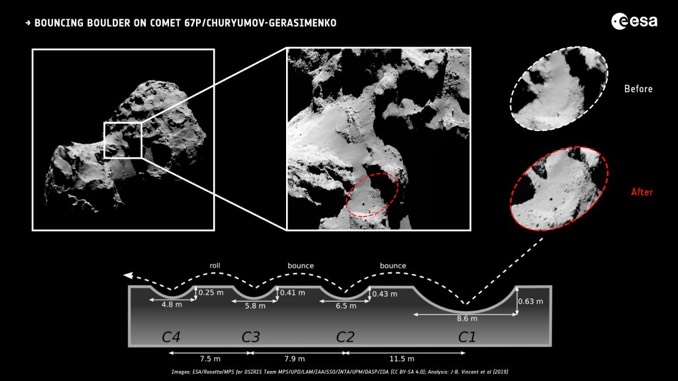 One such bouncing boulder, measuring some 10 metres (33 feet) across, was spotted near the base of a 50-metre-high (164-foot-high) cliff, leaving “footprints” in the loose soil as it bounded along in the comet’s low gravity.

“We think it fell from the nearby 50-metre-high cliff, and is the largest fragment in this landslide, with a mass of about 230 tonnes (515,000 pounds),” said Jean-Baptiste Vincent of the German space agency’s Institute for Planetary Research. He presented the research at the European Planetary Science Congress in Geneva.