Shape of the universe: study could force us to rethink everything we know about the cosmos #Astrophysics #Space #ExperimentalData #Cosmology 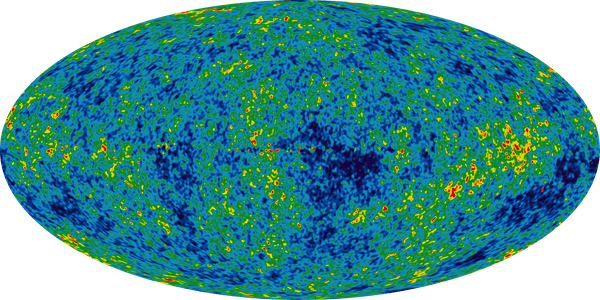 Is the universe actually a sphere or some other closed shape?!!

A new paper suggests we may need to change how we think about the universe down to the Big Bang. Via the Conversation:

Now our new paper, published in Nature Astronomy, has come to a conclusion that may unleash a crisis in cosmology – if confirmed. We show that the shape of the universe may actually be curved rather than flat, as previously thought – with a probability larger than 99%. In a curved universe, no matter which direction you travel in, you will end up at the starting point – just like on a sphere. Though the universe has four dimensions, including time.

The result was based on recent measurements of the Cosmic Microwave Background, the light left over from the Big Bang, collected by the Planck Satellite. According to Albert Einstein’s theory of general relativity, mass warps space and time around it. As a result, light rays take an apparent turn around a massive object rather than travelling in a straight line – an effect known as gravitational lensing.

Comments Off on Shape of the universe: study could force us to rethink everything we know about the cosmos #Astrophysics #Space #ExperimentalData #Cosmology