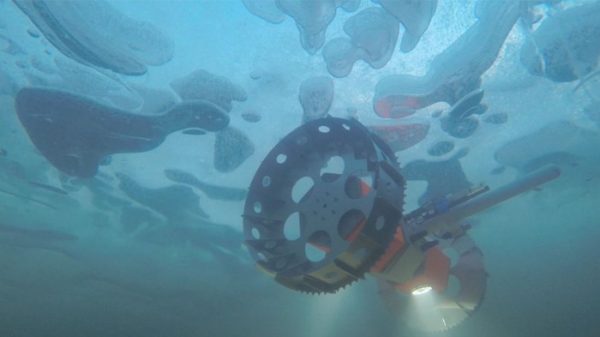 NASA is gearing up to test drive a submersible robot underneath Antarctica’s sea ice, with hopes of eventually sending a similar machine to search for aliens in the subsurface oceans of Jupiter’s moon Europa.

The two-wheeled robot, which is called the Buoyant Rover for Under-Ice Exploration (BRUIE), uses buoyancy to anchor itself upside-down on the bottom edge of the ice. This distinguishes it from other free-swimming robot concepts designed to look for extraterrestrial marine life, such as the EurEx (Europa Explorer).