A Brief History of Crossword Puzzles 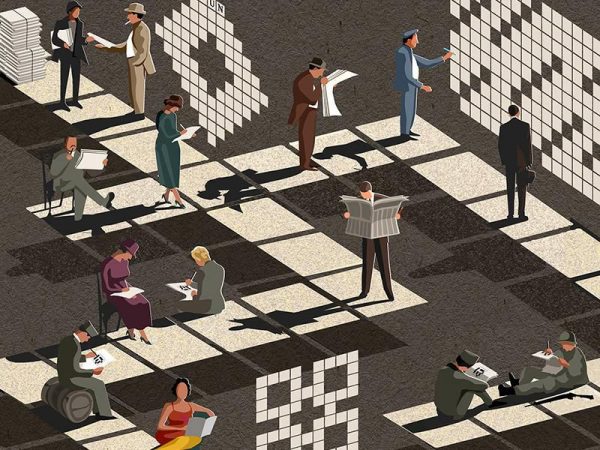 Whether you got one from a newspaper, a book of them from Hudson News, or maybe just a school worksheet, crossword puzzles have, in some way, been part of your life.

A Liverpool native, Wynne had emigrated to the United States at age 19, but before he did he might have seen some rudimentary word-form puzzles, which were popular in late 19th-century England. Perhaps inspired by those, as well as the “Sator” square, an ancient, five-word Latin palindrome, Wynne designed a numbered, diamond-shape grid with an empty center. He inserted “fun” at the top as the first “across” entry and called it “Word-Cross.” Some of the clues required readers to know esoteric facts (apparently “nard” is an aromatic plant that grows mainly in the Himalayas), but others were puckish. An illustrator later accidentally changed “Word-Cross” to “Cross-Word,” with no objection from Wynne, and the name stuck.

Comments Off on A Brief History of Crossword Puzzles